We showed some of the prints at the Guru Galeria in Mexico City -- November 14th - 30th -- in the Zona Rosa.  They were part of the Taller 75 Grados anniversary exposition. 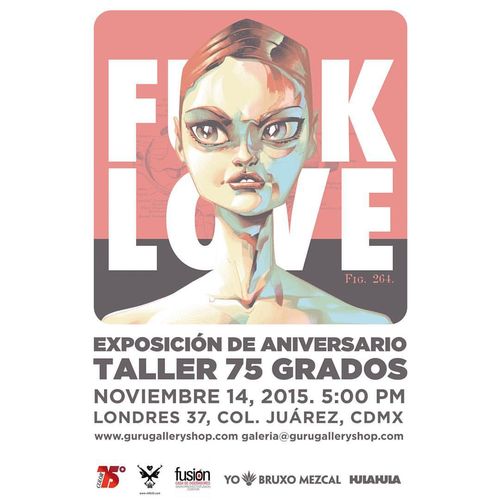 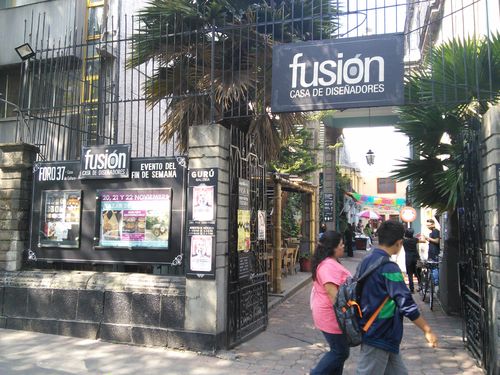 Guru Galeria
is on the third floor
of the Fusion: Casa de Disenadoras building,
37 Londres Street,
in the Zona Rosa 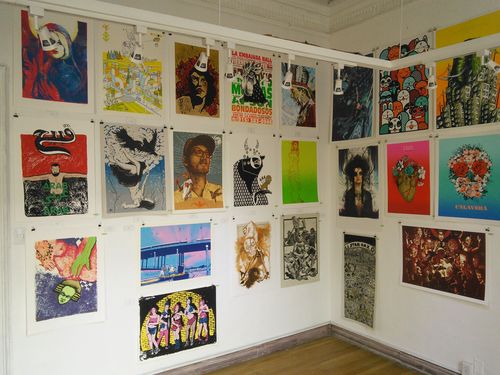 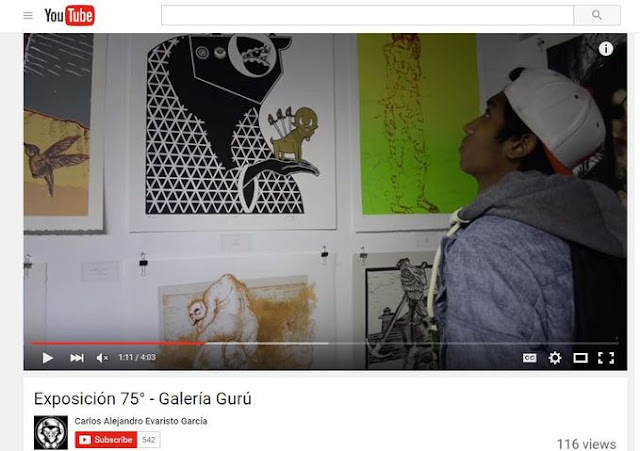 Video of opening at Guru Gallery 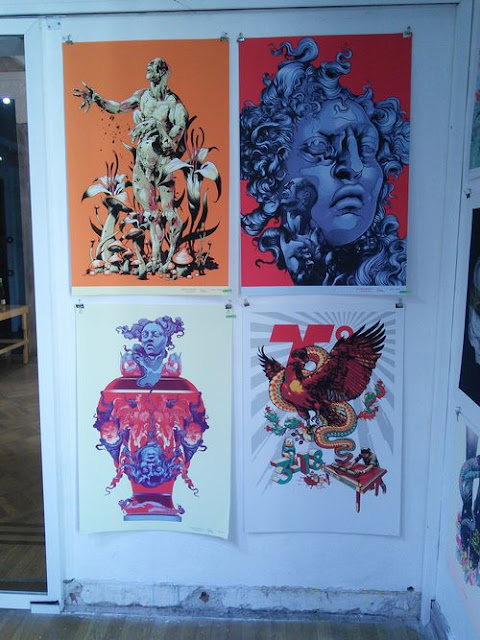 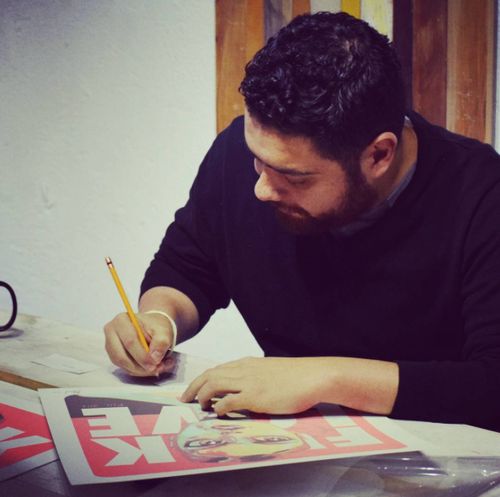 Alex Arizmendi
signing the serigraphs he designed
for the show,
which were given away for free 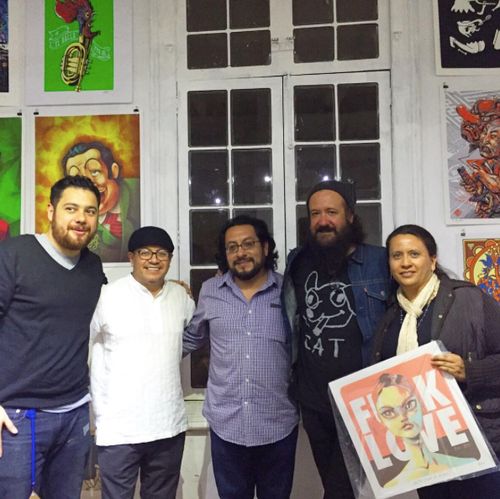 Alex Arizmendi (far left) next to Arturo Negrete,
Cha! (second from right) is founder of the gallery 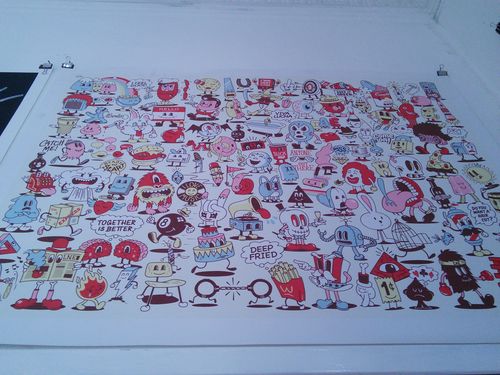 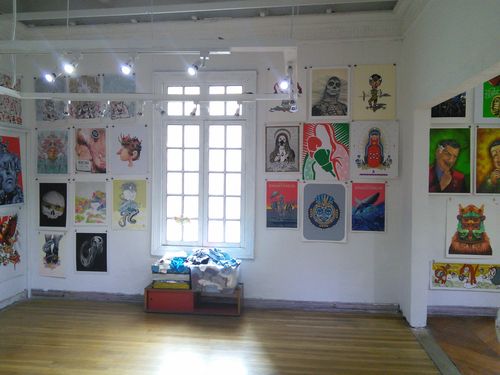 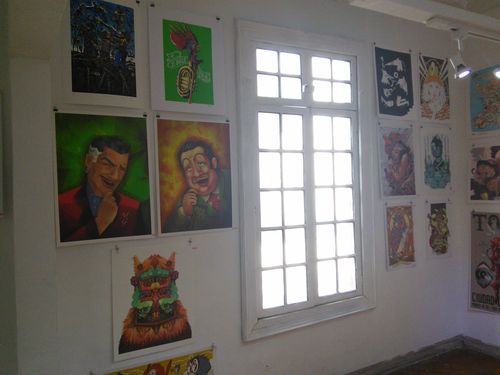 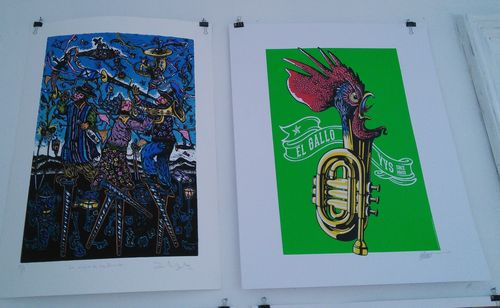 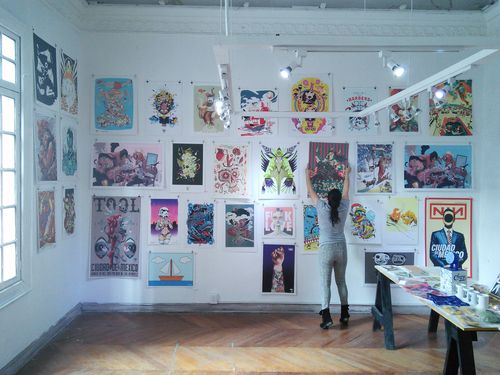 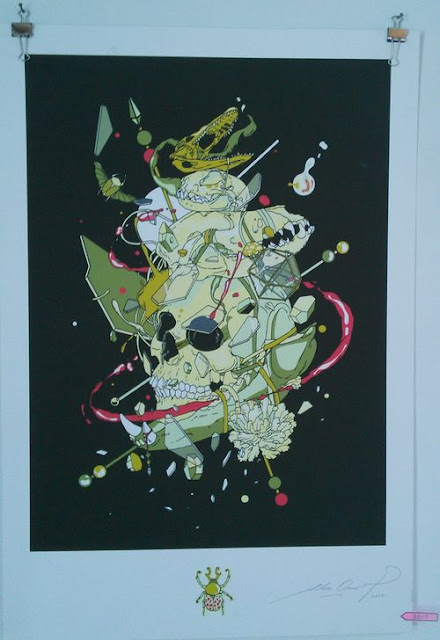 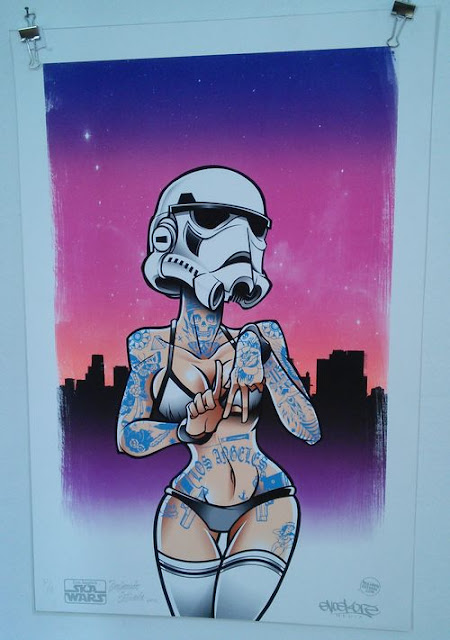 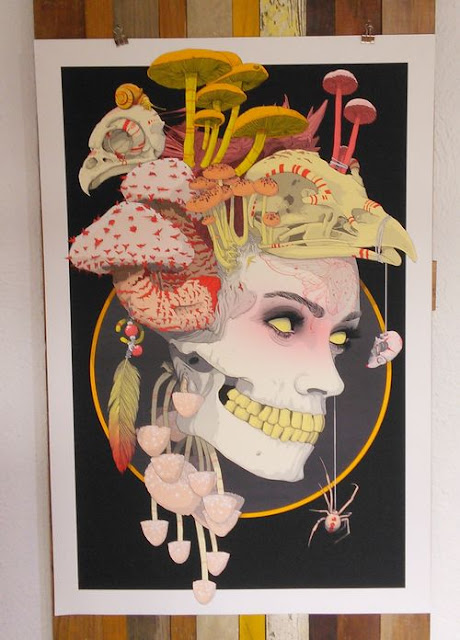 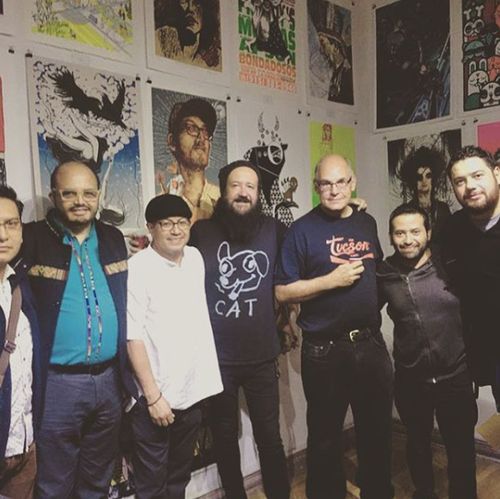 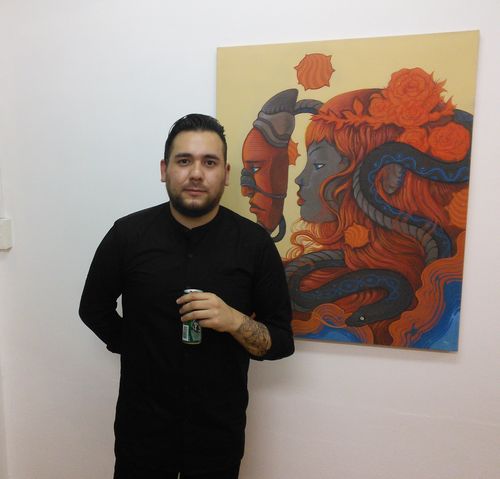 Raul Urias,
at his opening at Galeria Pangea, November 19th.
Raul created one of the above Javier Marin serigraphs,
at Taller 75 Grados 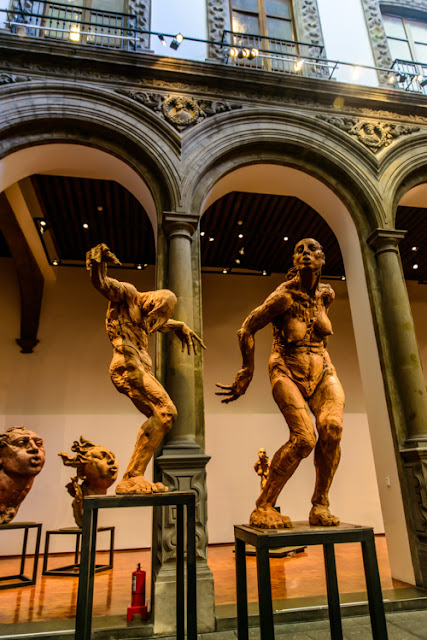 Javier Marin had an exhibition
at the Palacio de Iturbide 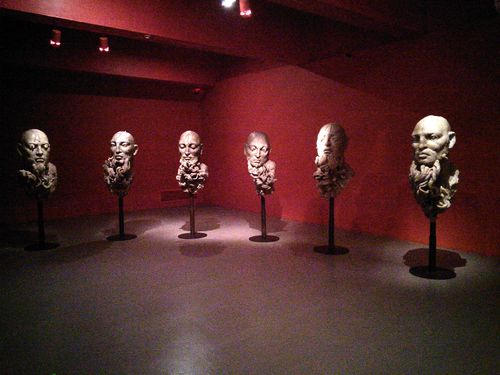 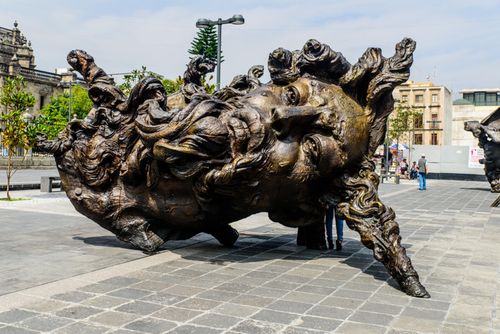 New giant bronze by Javier Marin next to the Zocalo

The 25th Bienal International de Cartel began just before we started showing our Desert Triangle Print Carpeta, showcasing selected posters from throughout the world in the Palacio de Minería: 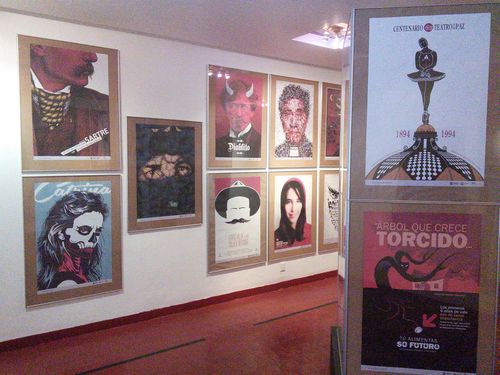 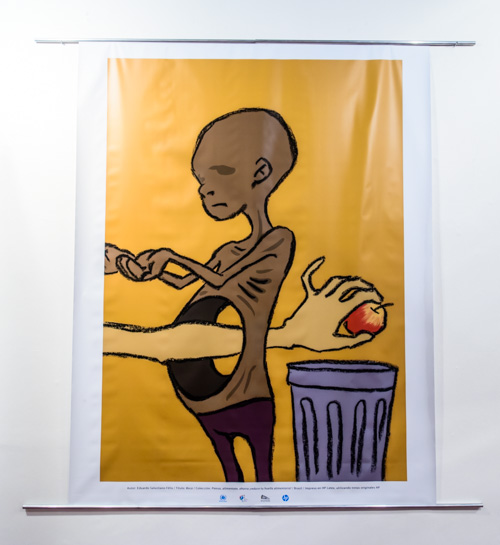 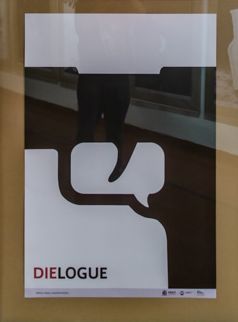 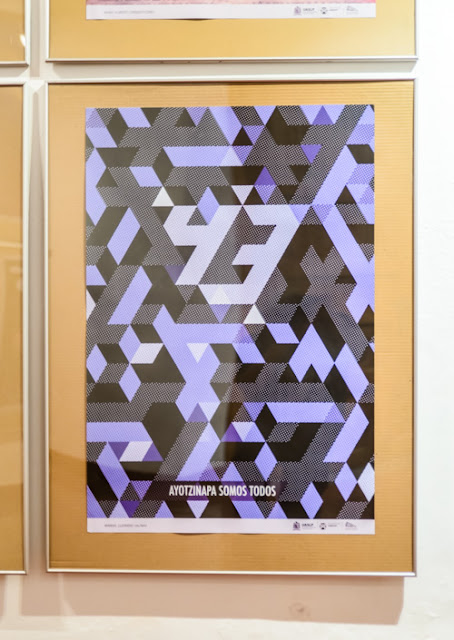 Meanwhile the Palacio de Bellas Artes had a Russian art exhibition --“Russian avant-gardes: the vertigo of the future” -- showing off some posters with an entirely different aesthetic: 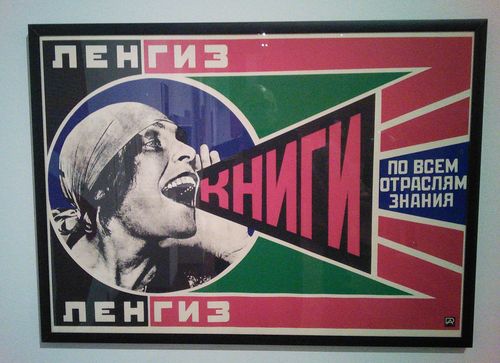 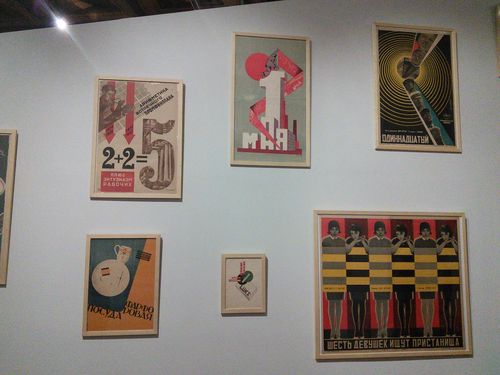 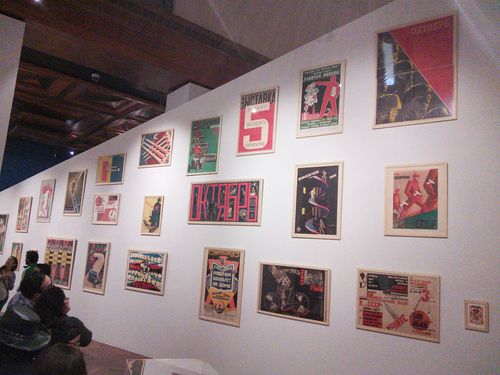 La Ceiba Grafica, a major lithography studio near Xalapa, Vera Cruz, was having a show at el Museo Nacional de Estampa (the National Printmaking Museum) in Mexico City.  Manuel Guerra made his print edition there. 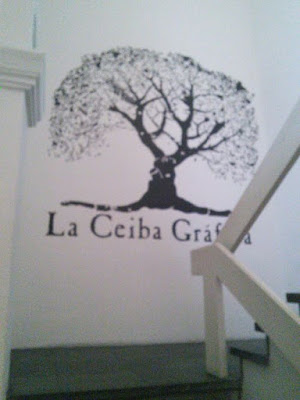 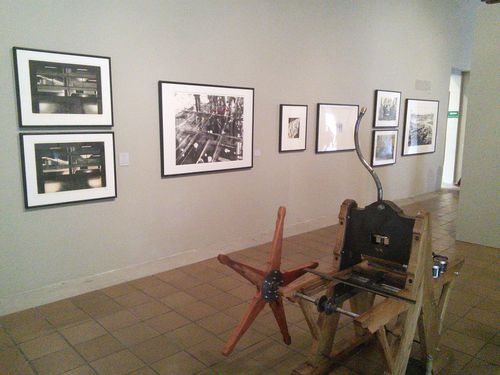 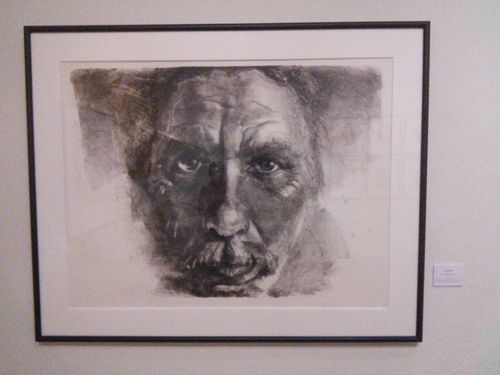 Self portrait in lithography,
by Per Anderson,
one of the co-founders of La Ceiba Grafica