April 2016  has been one big Magic Carpeta Ride, pushing prints: 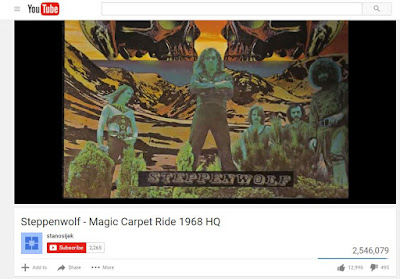 We were lucky enough to show the Desert Triangle Print Carpeta at the big SGCI print conference 2016 in Portland: 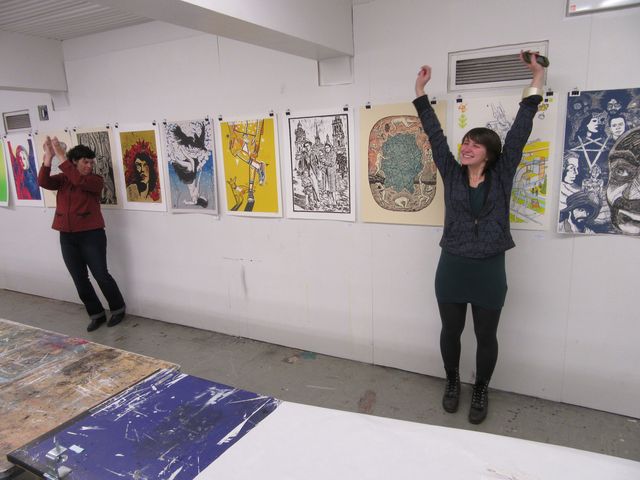 Our prints hung
at SGCI Portland 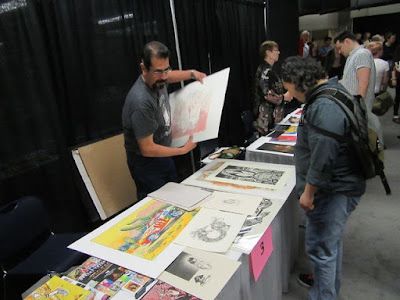 Manuel Guerra
at the Open Portfolio session
showing off prints

Cynthia Evans of El Paso, and Marcus Robiason of Tucson, gave a relief print demonstration at the El Paso Museum of Art on a baby press, for Spark Saturday: 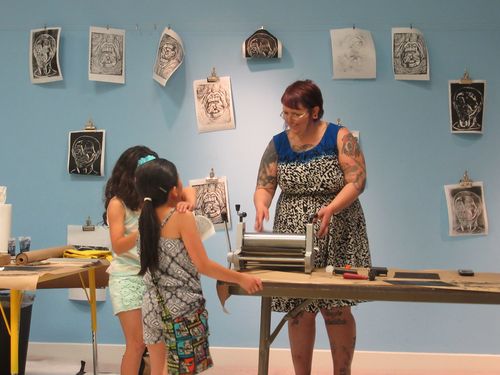 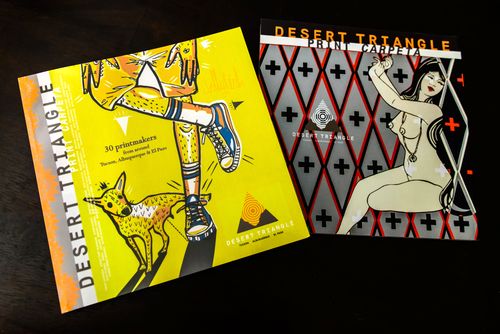 The catalog came out

El Paso Museum of Art Reception
(The week of April 14)

We brought Maestro Arturo Negrete from Taller 75 Grados up from Mexico City, to do a live print demonstration during our reception at the El Paso Museum of Art .  He also did many other print demos in El Paso and Ciudad Juarez: 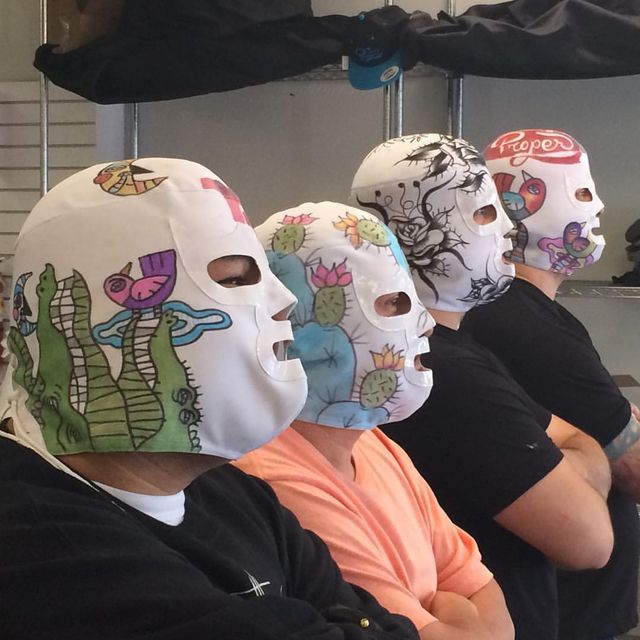 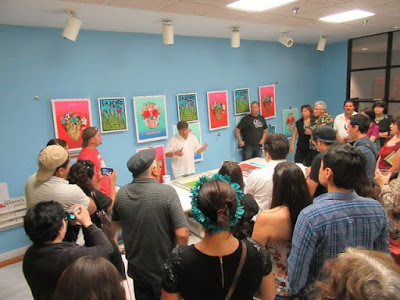 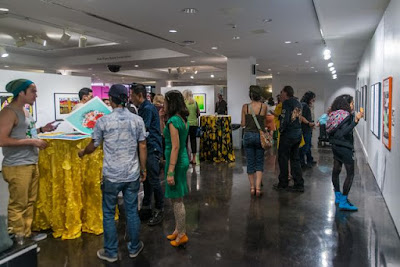 Printmaker reception
at the El Paso Museum of Art 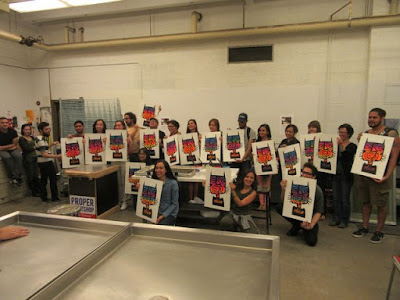 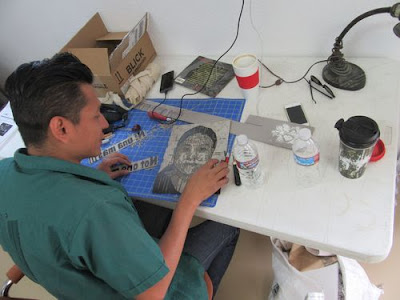 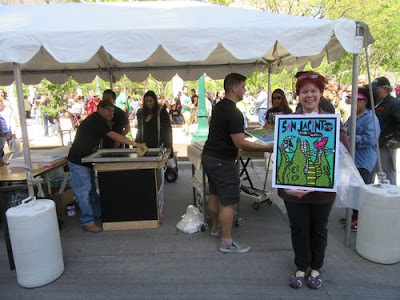 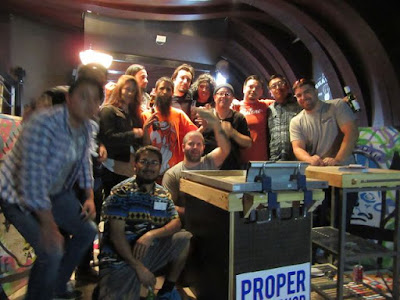 "Old Pueblo vs Portlandia" -- we hung a print show in a Tucson coffee house with some prints we bought from Portland artists, across from a few Desert Triangle prints from Tucson.  I would like to see more prints shows like this -- of one region vs another region/city. 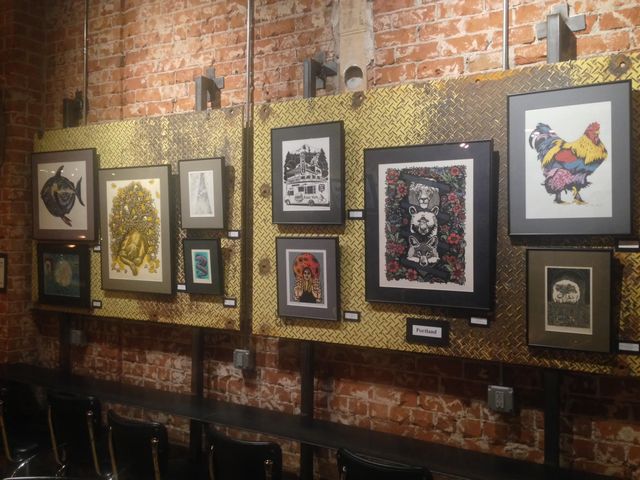 A letter to the editor of the El Paso Times spawned a controversy about our print exhibition at the El Paso Museum of Art, which continued that night with television coverage.  Also, Fusion magazine did an article on Maestro Arturo Negrete and his silk screen studio Taller 75 Grados of Mexico City: 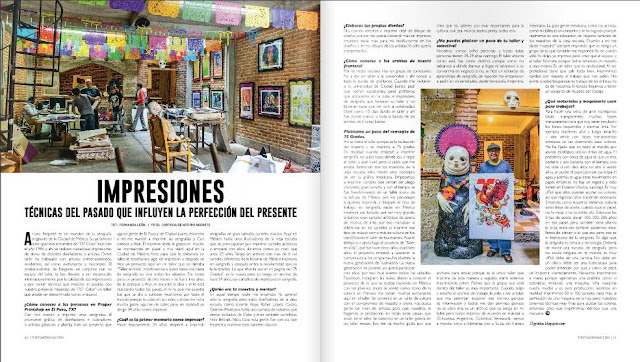 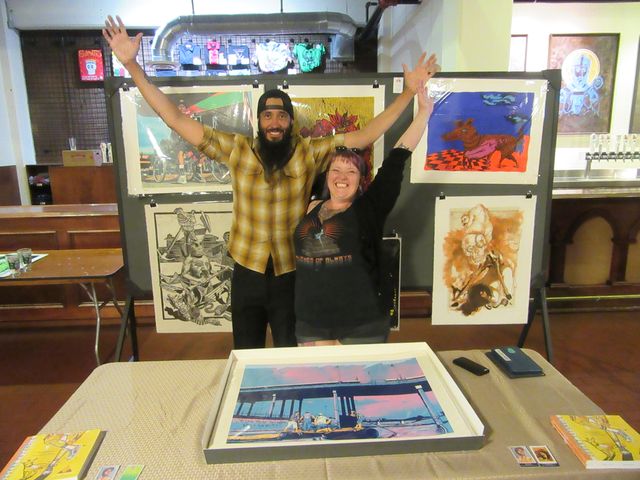 We got a running start in February and March, showing a few Desert Triangle prints, at the Print, Printed, Printing IV print conference in Las Vegas, New Mexico: 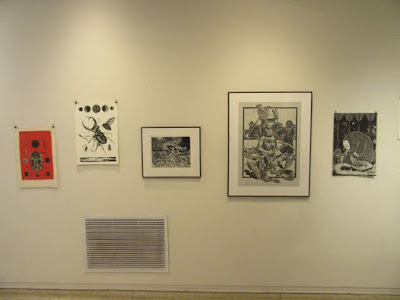 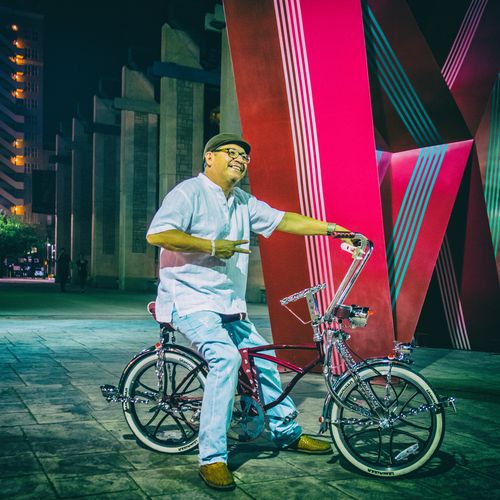