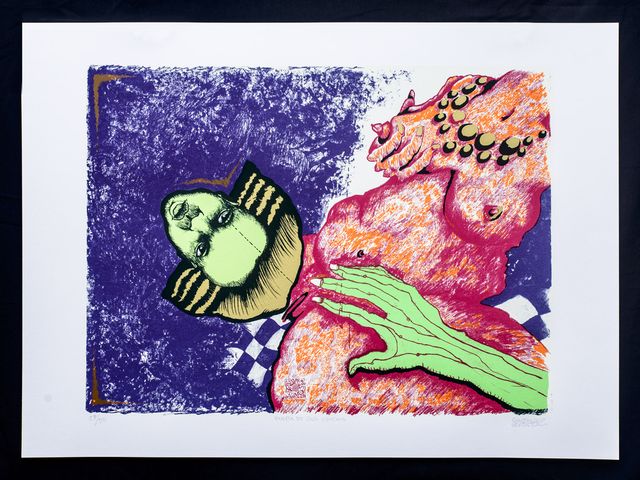 
After seeing what we printed at Taller 75 Grados, Gonzalo Espinosa of Tucson flew down to Mexico City in July, to make his print there: 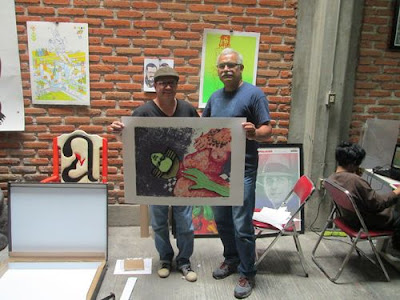 Arturo Negrete, director of Taller 75 Grados,
and Gonzalo show off the final masterpiece 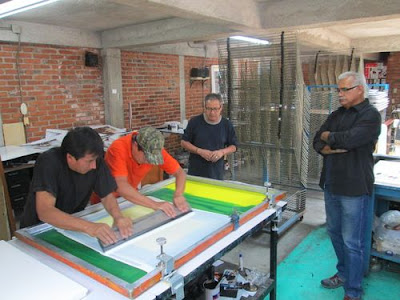 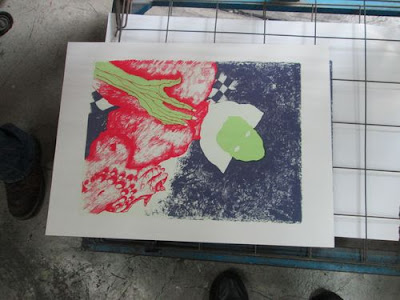 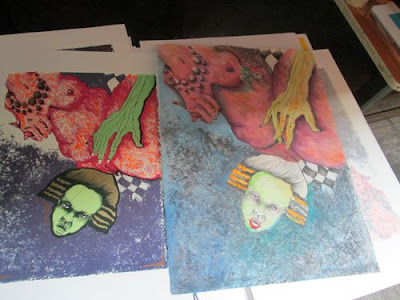 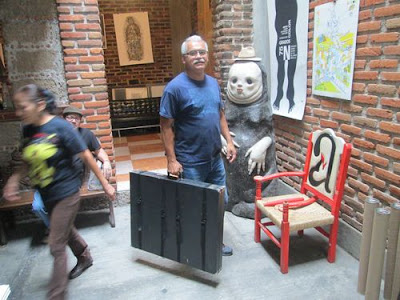 Gonzalo packed his edition of 50 prints
into his portfolio,
and flew back to Tucson

Gonzalo created the mural underneath the I-10 freeway at 22nd Street in Tucson: 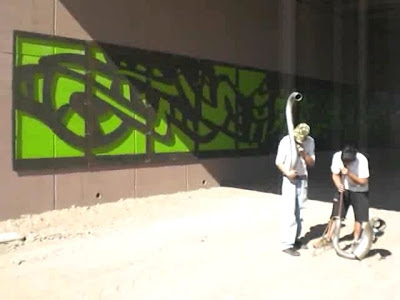 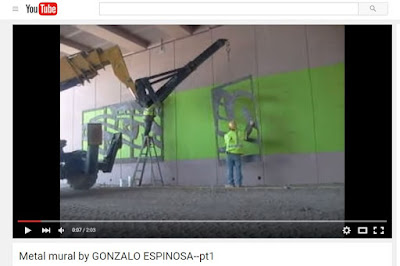 Video of the mural going up 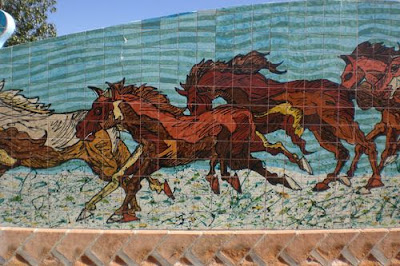 Update (Sept 2016)  Gonzalo created some "relief prints" with his edition : 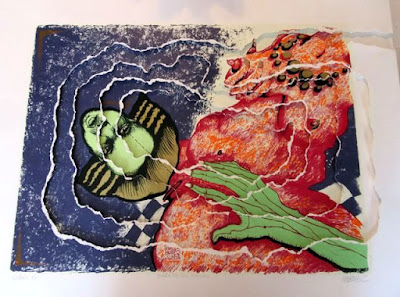 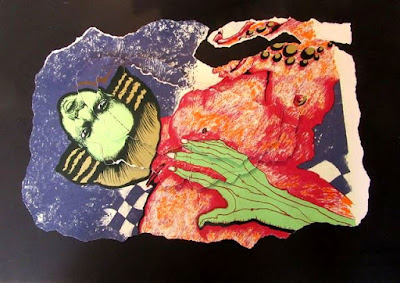 Gonzalo's print makes it to the Sheol Gallery in Puerto Vallarta, in January, 2017. 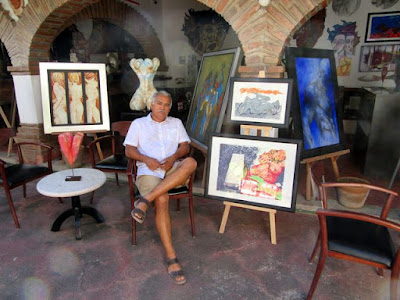 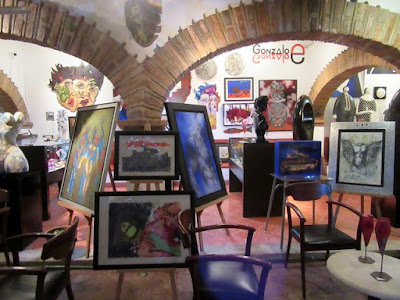 This 21st century print momentum started from "Taller sin Miedo," formed by Gonzalo Espinosa, with Joshua Woodhall and Karl Whitaker at the Sculpture Resource Center back in 2012.  Then Gonzalo moved the studio to his house in South Tucson.  Unfortunately it caught fire in Oct, 2017.  However, Gonzalo plans to continue, fearlessly, bringing the print taller to Puerto Vallarta. 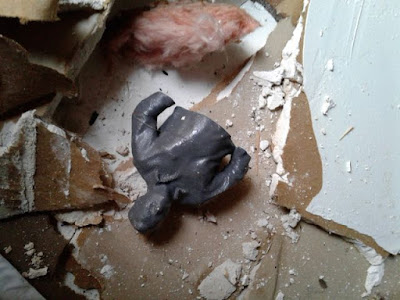 3D print of Gonzalo
from the Tucson Sculpture Festival 2014,
lies in the debris after the fire
at "Taller sin Miedo"

"Taller sin Miedo" -- where the printmakers are as fearless and sculptors