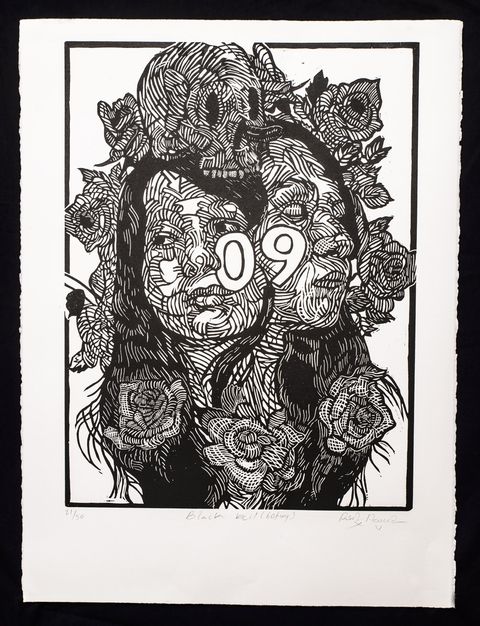 Pavel Acevedo of Riverside, California, pulled his print at Urge Palette art store (Riverside).  Pavel is originally from Oaxaca, which is a printmaking Mecca right now. 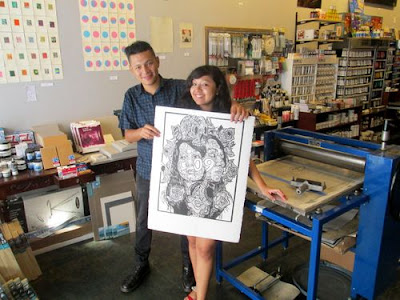 Pavel and the model for the print,
Nidia Rosales Moreno
(who set Francisco Delgado up in Oaxaca
to do his print for the Desert Triangle) 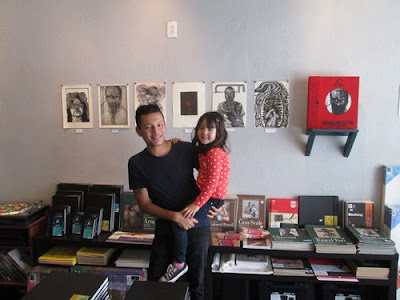 We met Pavel and daughter,
at Urge Palette art store,
on our trip to Los Angeles

Deborah Cool-Flowers drove her Laguna etching press out from El Paso to Riverside, and gave it to Pavel, to do this edition and more magnificent prints. 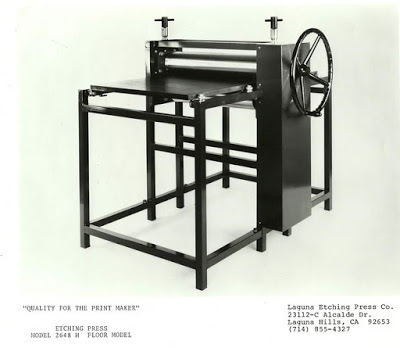 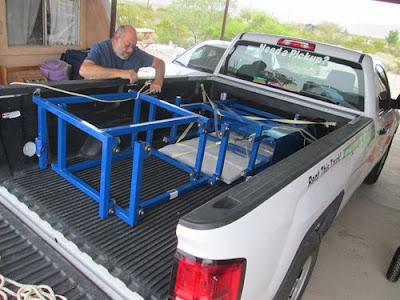 Loading up the etching press,
in a U-Haul
in El Paso, Texas 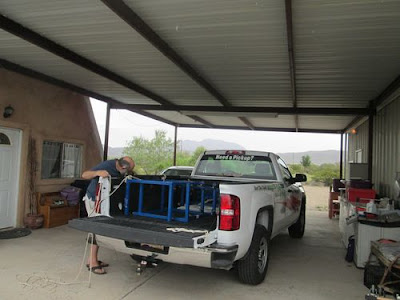 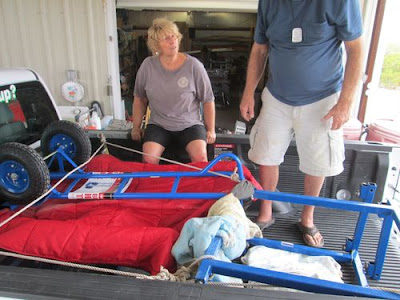 Deborah Cool-Flowers
drove her press out to Riverside, California,
to give it to Pavel 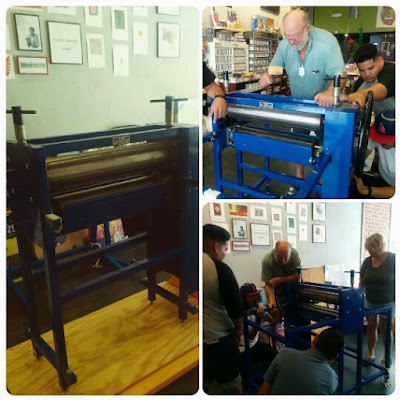 Arriving in Riverside,
and putting the press back together 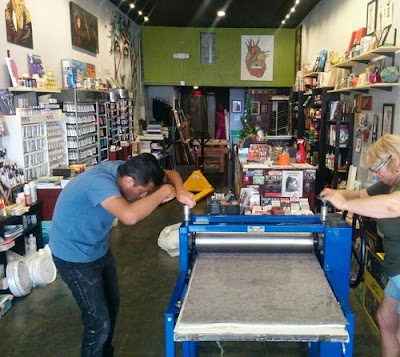 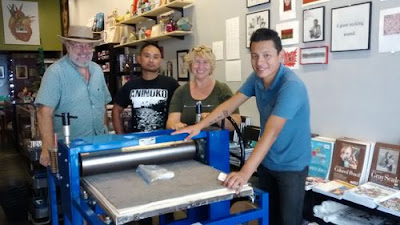 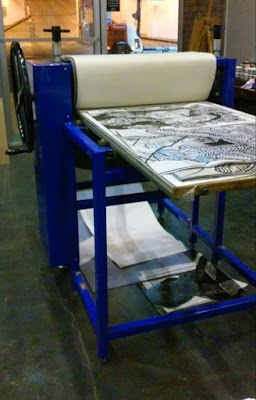 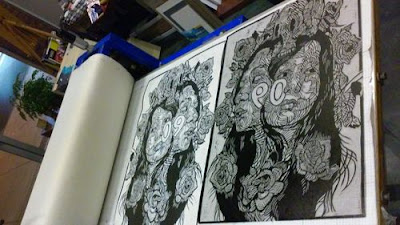 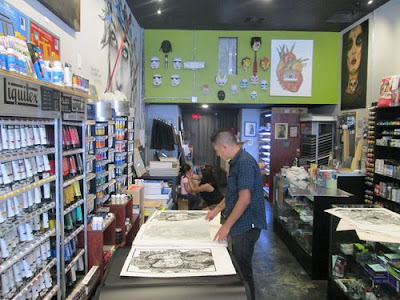 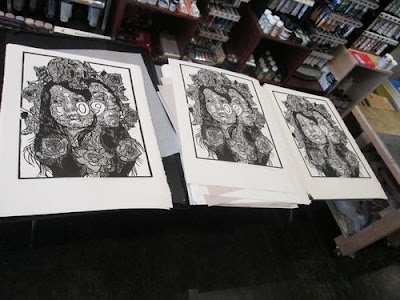 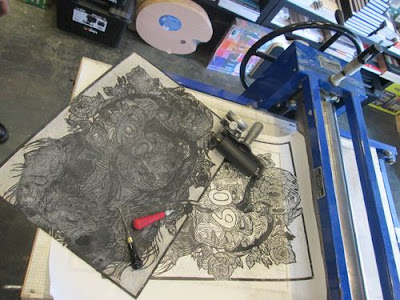 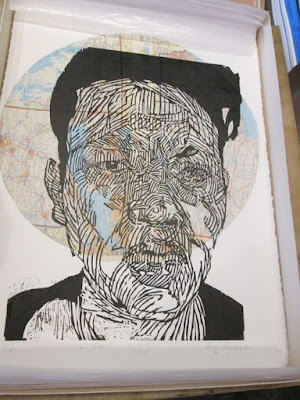 Pavel has been using his new press
to make many more prints,
including this self-portrait 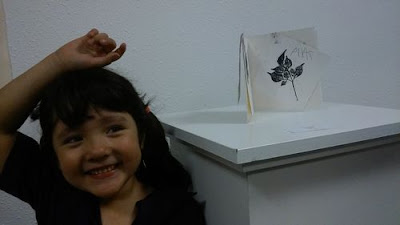 Even Pavel's daughter,
used the press to make a leaf print 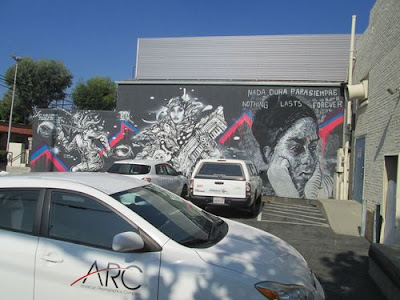 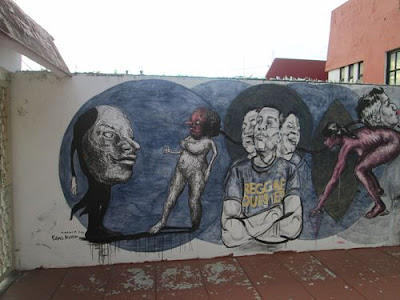 Pavel also painted this mural earlier
in Oaxaca.
His style would lend itself
to painting buen fresco 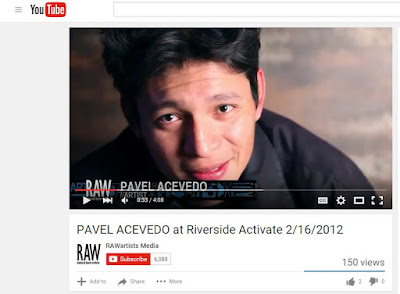 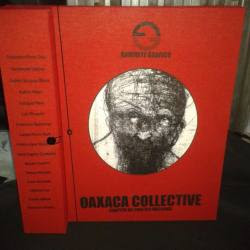 Pavel GoFundMe, for a project in Project Space 1785

Pavel's prints for sale at BigCartel.

Update:  Pavel is shaking it up in Los Angeles.  A lot of the following info is also on another post --  Post-Momentum: 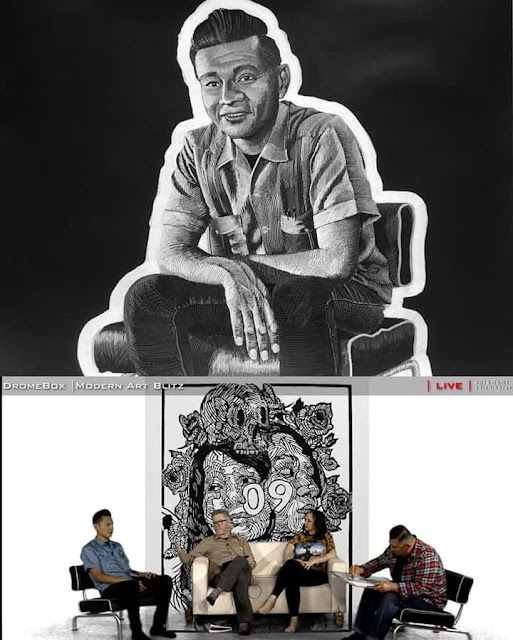 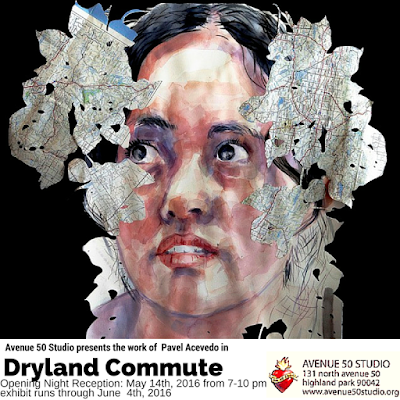 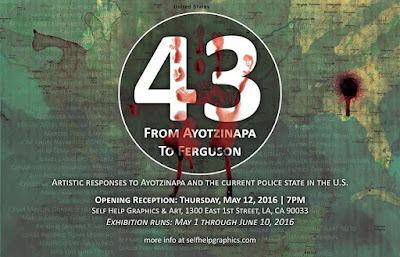 Group show at Self Help Graphics
in Los Angeles
Opening May 12, 2016
up until June 10th
(Also, Los Dos is in this show)

Also Pavel was interviewed on KUCR, the radio station for the University of California at Riverside.

Pavel's print is now part of the permanent collection of the Riverside Museum of Art in California.  Moreover, it is currently displayed on the web banner, and also hung in the museum. 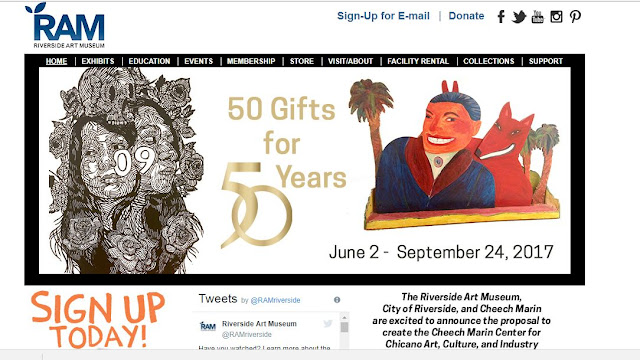 From the banner
of the Riverside Museum of Art website 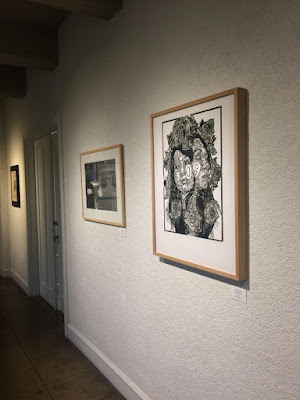 Pavel's print hung
in the Riverside Museum of Art 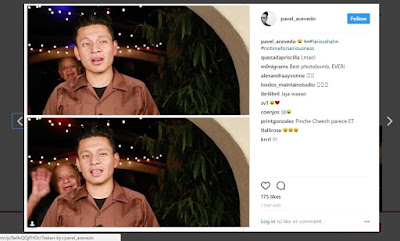 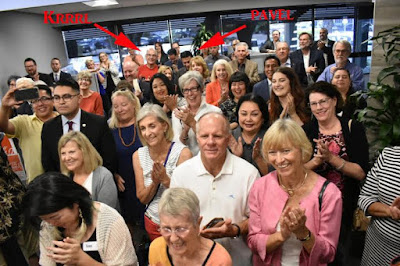 Pavel and Krrrl attend the June 7th, 2018 fund raising event
for the Cheech Marin Museum of Chicano Art in Riverside

Update (Nov 19, 2017):  Pavel's portrait of Sharon Jones was behind the Dap-Kings, as they played a tribute to her on the Tonight Show. 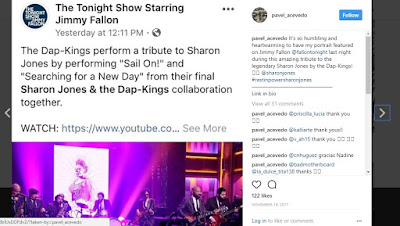 Pavel's portrait of Sharon Jones
on the Tonight Show