Silver City is at the very heart of the Desert Triangle -- in the center of Tucson, El Paso and Albuquerque.  That is why we are enthused to show prints at the 3rd annual Southwest Print Fiesta in Silver City, New Mexico (Oct 5-7, 2018);  and have been there every year since it began in 2016. 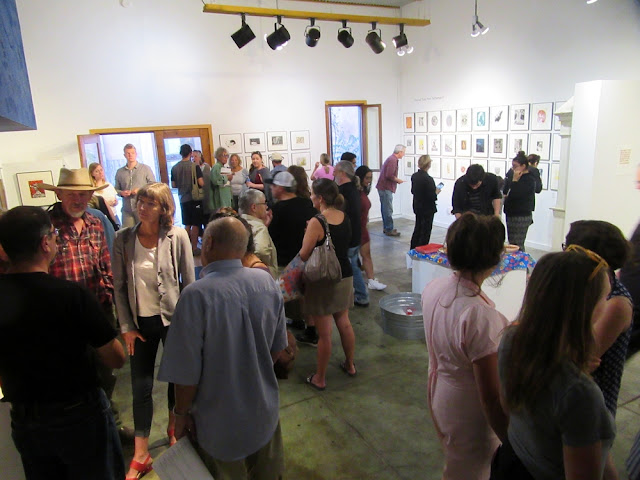 What a great opening!!! 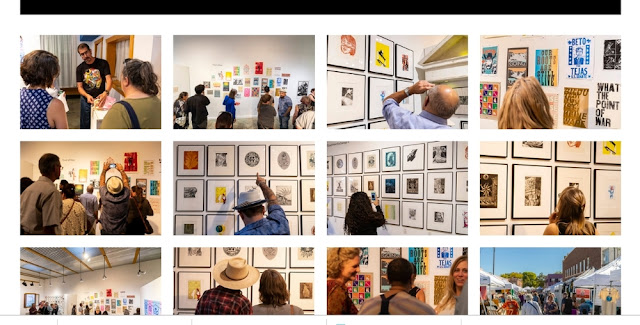 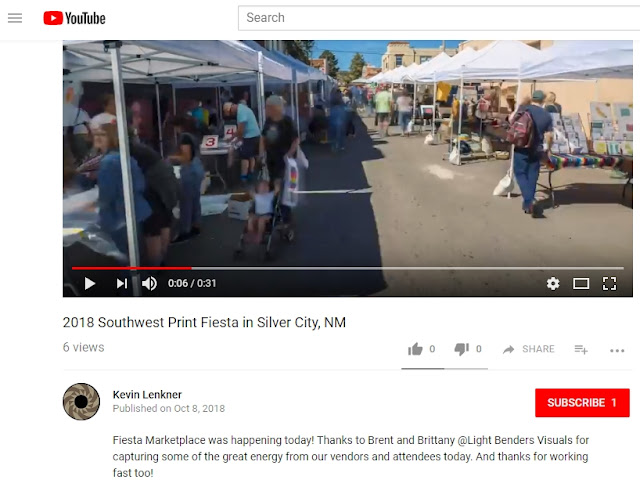 We have been to the 2 previous Southwest Print Fiestas in Silver City: 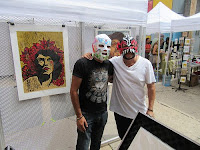 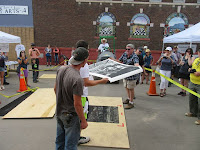 This adventure started off  a week earlier, when we picked up the prints from Yuma, Arizona, where they were previously exhibited: 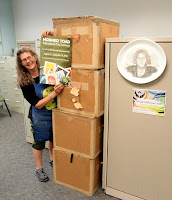 Picking up the prints from Yuma, Arizona,
where print professor Jules Floss exhibited them

We exhibited the "Horned Toad II Print Exchange" with the "Power of Print" exhibition, at the beautiful Seedboat Gallery in Silver City. 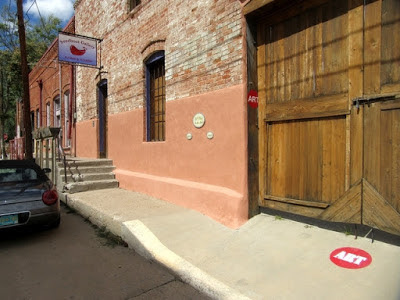 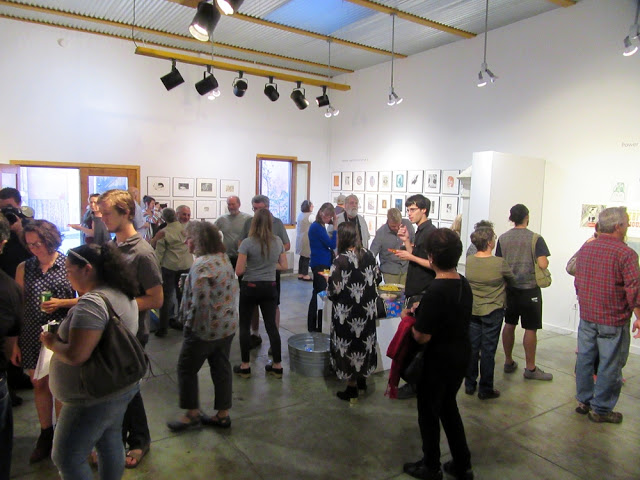 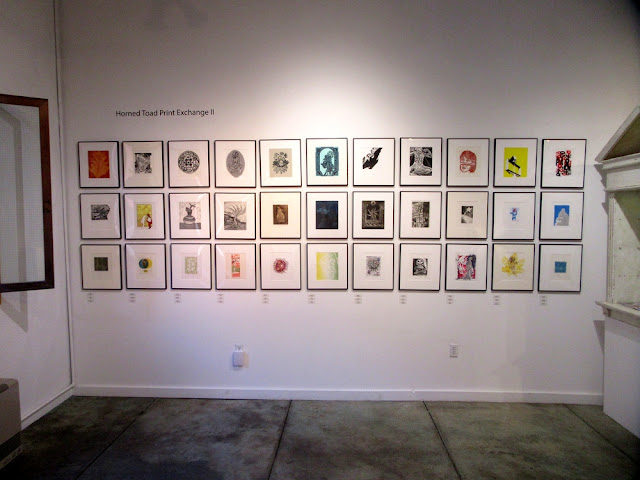 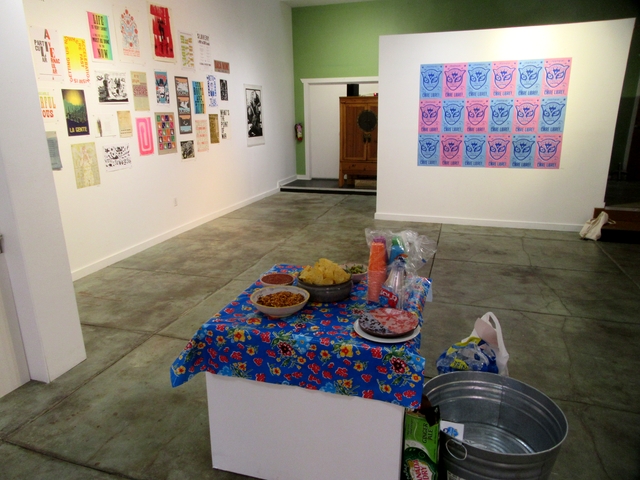 The "Power of Print" exhibition,
organized by Power and Light Press,
invited us to show with them at the Seedboat Gallery 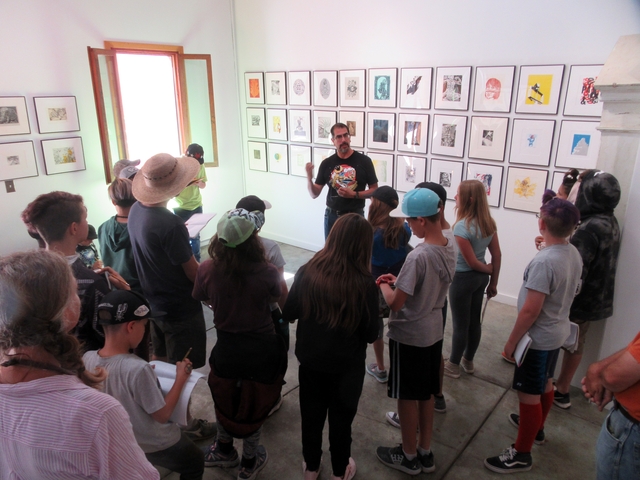 Manuel Guerra discussing prints,
when the students from Aldo Leopold Charter school
visited in the afternoon, just before the opening 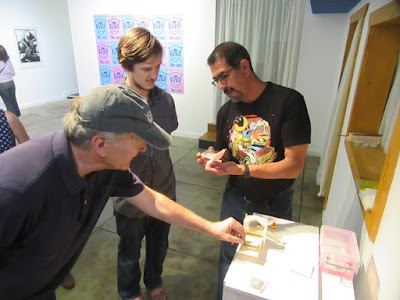 Manuel Guerra showed off the 3D printed printing press,
during the opening 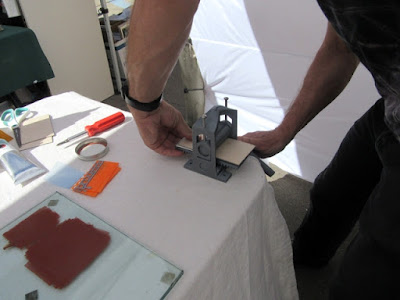 Blossom Merz also had a
3D printed printing press,
which he showed off in his vendor tent
during the main sale event the next day 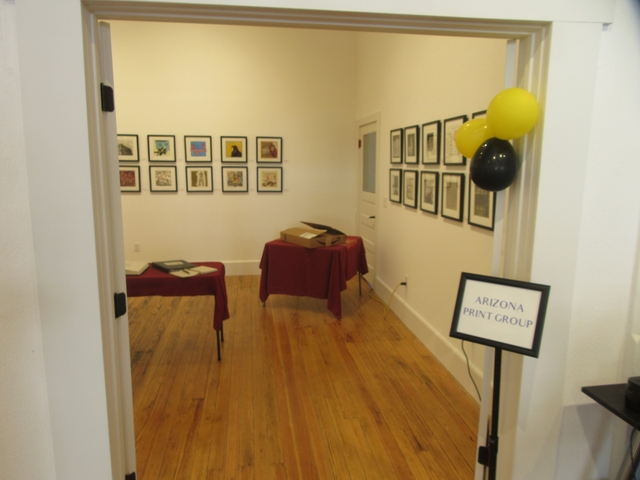 The Arizona Print Group also exhibited prints,
in the Light Art Space Gallery
(a couple of these printmakers were also in
our Horned Toad II Print Exchange exhibit) 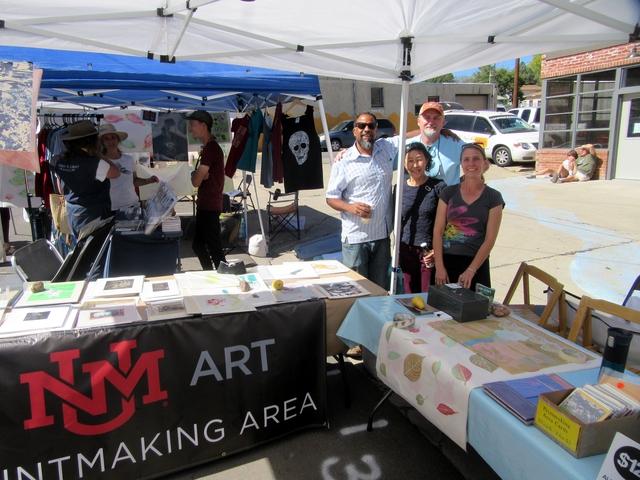 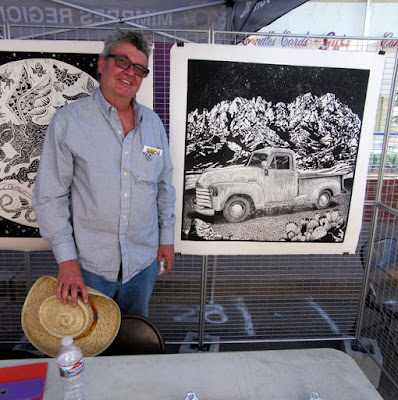 We want to give a big "Thank You" to the folks in Silver City who organized the 3rd Southwest Print Fiesta.

Natalie Good, from Power and Light Press, organized and hung the "Power of Print 2018" political print show, and curated the gallery.  She also hired the musicians and added those other special touches.  We really enjoyed working closely with Natalie Good, and she made a huge difference. 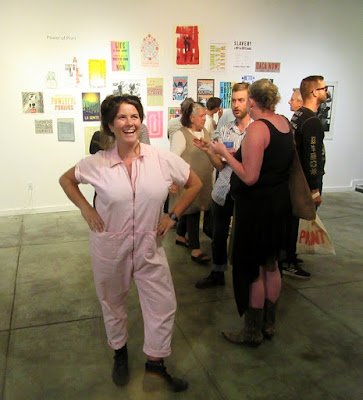 Kyle Durrie, owner of "Power and Light Press" in Silver City, stepped in and helped organize this year.  She helped arrange our exhibition through email, and with her staff supported the exhibition. 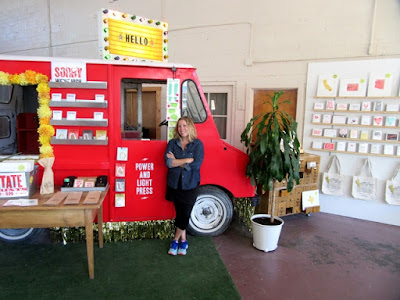 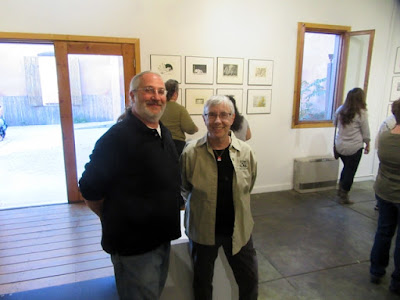 On October 4, 2018, the Thursday before the Southwest Print Fiesta, 75 Grados from Mexico City had a pop-up print sale in downtown El Paso, on San Jacinto Plaza. 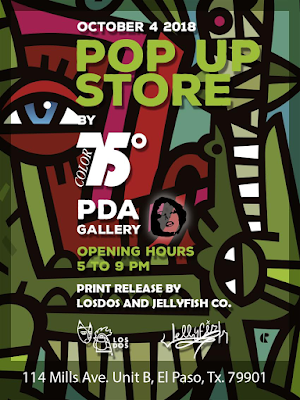 Summary of all Print Fiesta links:

Also, we are currently thick into organizing the next big print exchange -- the Ambos Lados International Print Exchange.

Meanwhile, Carlos Hernandez and those other Texas ink slingers, were showing prints in Lubbock during the same weekend at the Southwest Print Fiesta -- in their show "UFOs Over Lubbock." 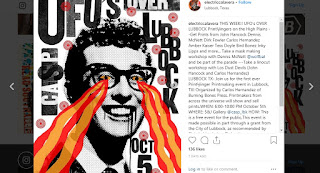