The Contreras Gallery will exhibit the Desert Triangle in the month of February, 2016  -- showing on the Tucson point of the triangle.  This exhibition coincides with the Tucson Gem and Mineral Show, which attracts people from all over the world. 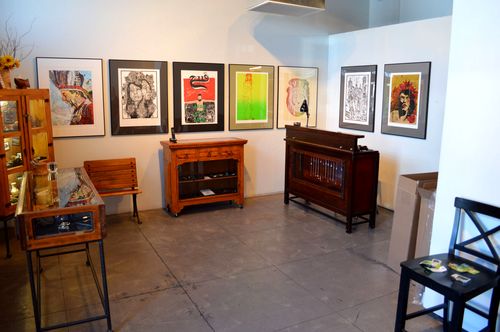 Tanya Rich's print represents the Contreras Gallery, amongst all the galleries in the First Saturday Artwalk, on the Art Safari poster announcing the openings. Specil note:  Kathryn Polk represents the Davis Dominguez Gallery.  She is showing her beautiful lithographs. 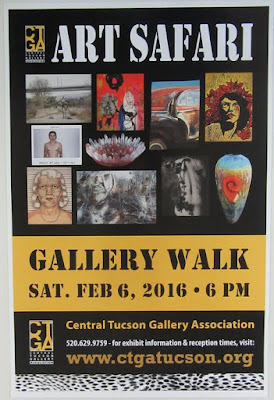 The opening is during
the First Saturday Artwalk
Februrary 6th, from 6 - 9 PM

Screen shot from the promotion on the Contreras Gallery website: 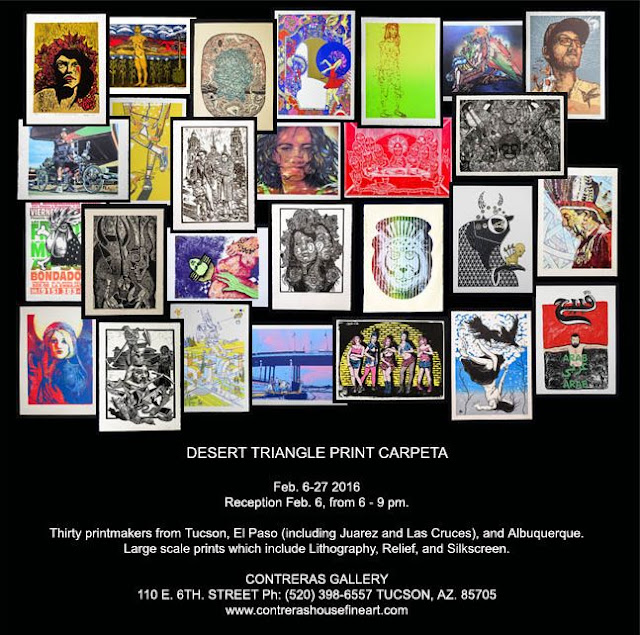 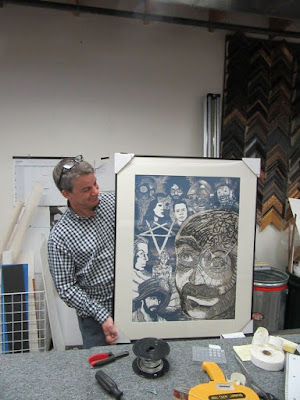 Tad Lamb at Sarnoff Art Materials,
framed the prints
for the Contreras show


Setting up the show at the Contreras Gallery in Tucson: 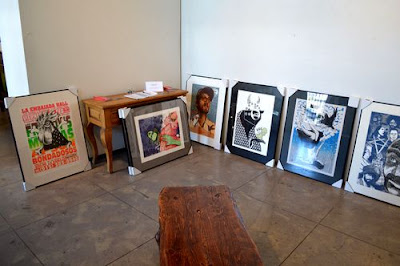 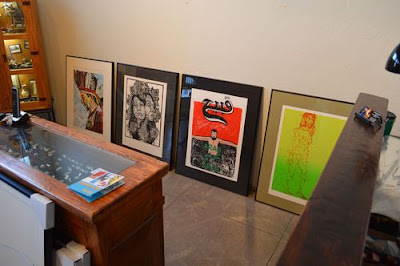 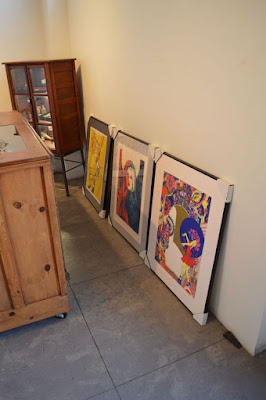 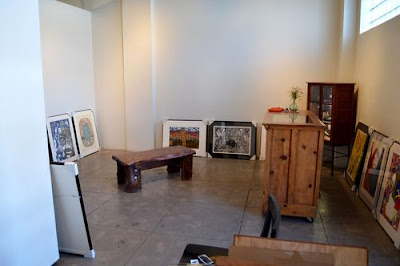 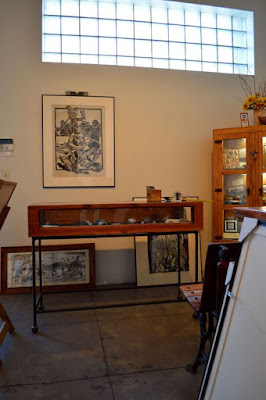 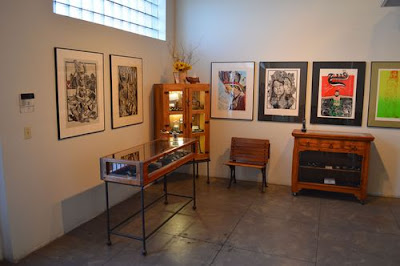 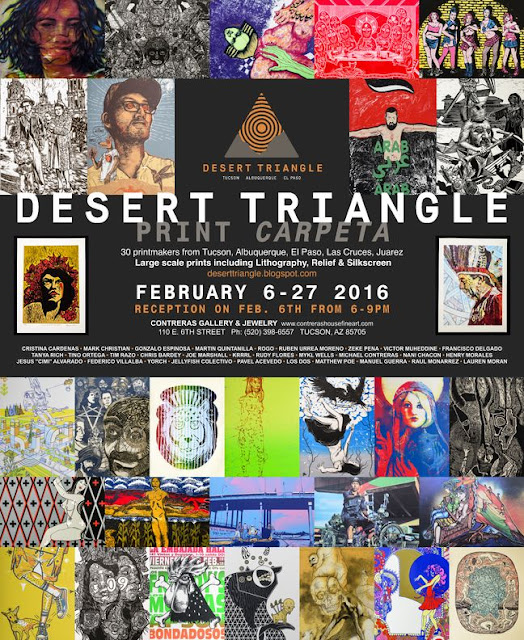 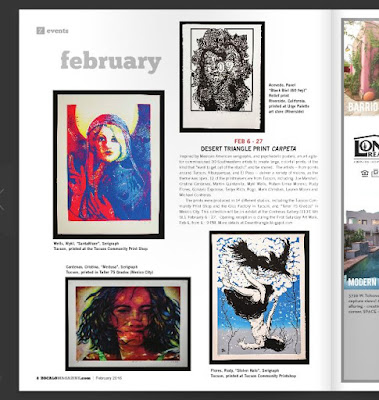 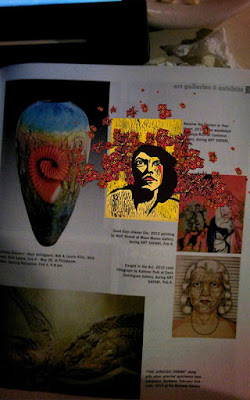 During the month of February, we are an underwriter sponsor at the Loft Cinema in Tucson.

That means, these two images below, will run in a "slide show" before every movie in the first half of February: 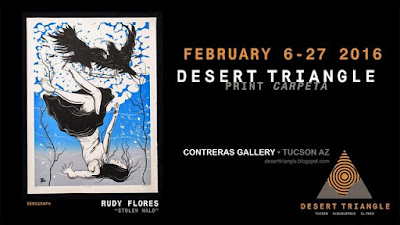 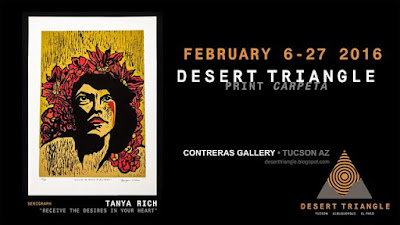 In the second half of February, the following two prints will run with the "slide show"in front of every movie: 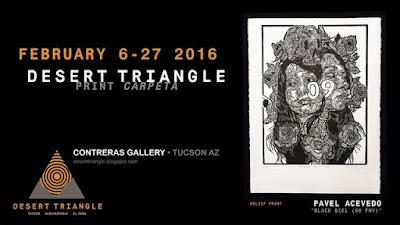 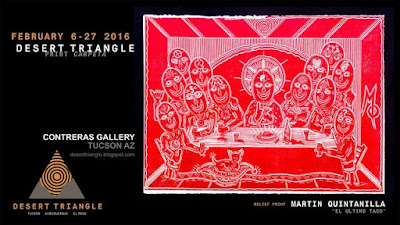 Also we are an underwriter sponsor of KXCI, which means that we are running 20 ads from February 5 -9 on that radio station:

Support for KXCI is provided the "Desert Triangle Print Carpeta," on view in February at the Contreras Gallery, 110 East 6th Street. 30 printmakers from Tucson, Albuquerque, and El Paso, including works by Cristina Cardenas, Martin Quintanilla, Mark Christian, and many more. Opening reception on February, 6th in the evening during the First Saturday Artwalk. More at DesertTriangle.com.