I received the Oaxaca Collective (Carpeta Nancional de Estampa en Mexico) last week -- two custom portfolio boxes full of prints.  Organized by Gabinete Grafico (Taller de Xilografia), with Irving Herrera as the coordinator.  This carpeta was an inspiration to us in the Southwest, when we were planning the "Desert Triangle Print Carpeta." 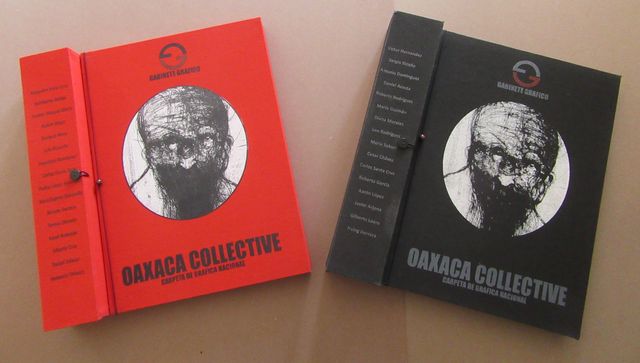 While we were conceptualizing the "Desert Triangle Print Carpeta," we took a trip to Oaxaca in December 2014, and meet a lot of the fine young printmakers down there (many of whom were about 30 years old).  I had seen works from a few of those printmakers a month before in Albuquerque, at the "Getting Up Pa 'l Pueblo" exhibition at the National Hispanic Cultural Center.

Once we committed to creating our own carpeta, Tanya Rich discovered this Oaxaca carpeta on Facebook, and that raised the bar.  We had our own custom carpeta box made, and redoubled our effort for quality. 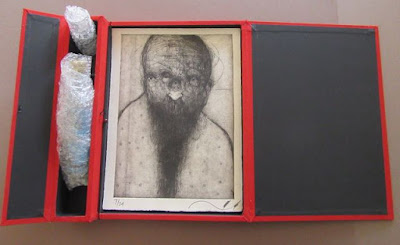 A bottle of mezcal and two shot glasses
were package with bubble wrap,
and included in the custom made portfolio box
for the prints

A selection of the prints follows.  Go to the Oaxaca Collective website to see all the prints, and find more background information.  The prints are 11 x 14.75 inches. 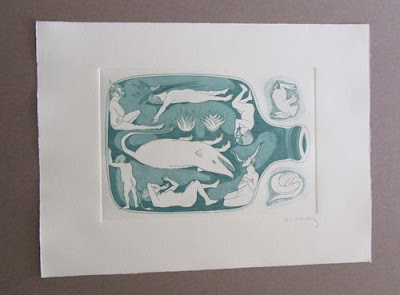 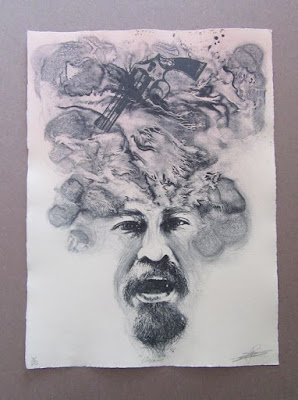 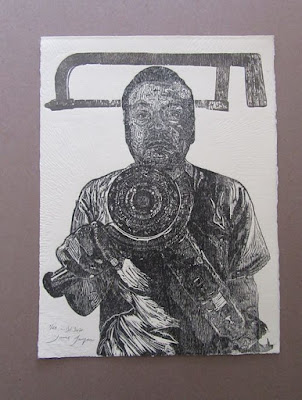 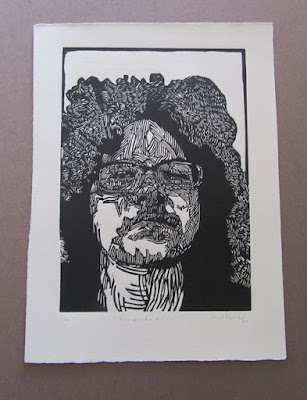 Pavel Acevedo --
who is also in the Desert Triangle Print Carpeta 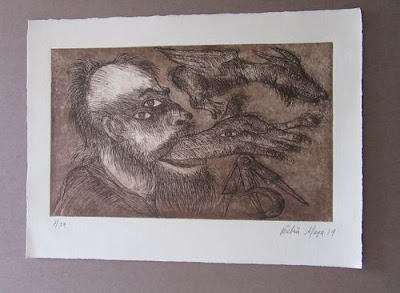 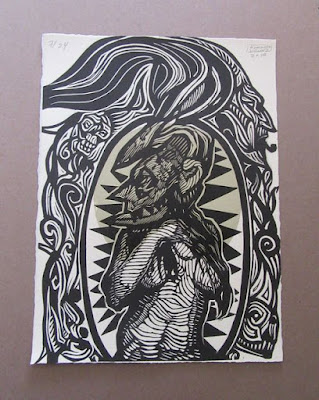 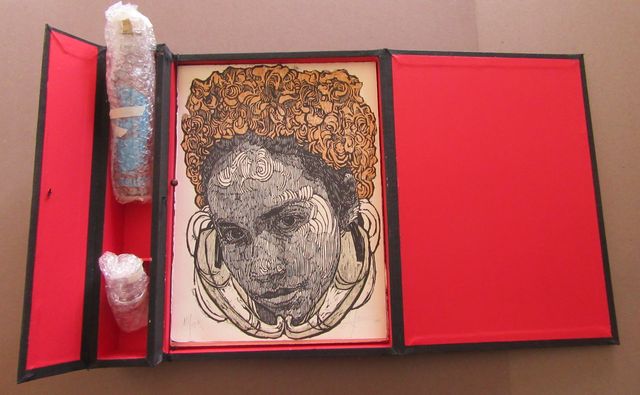 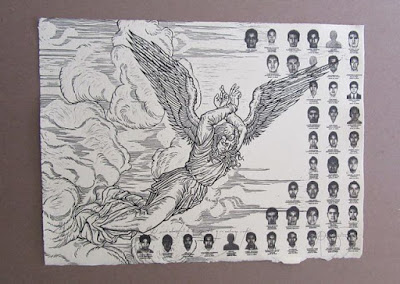 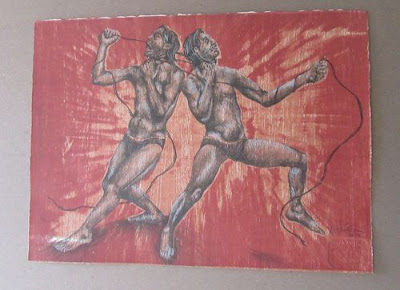 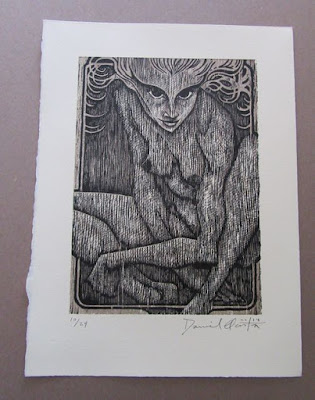 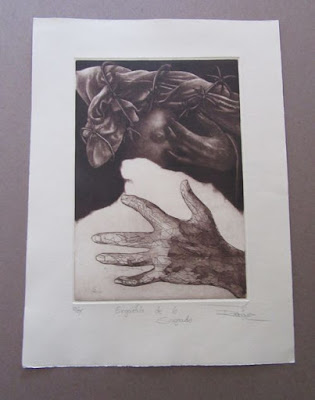 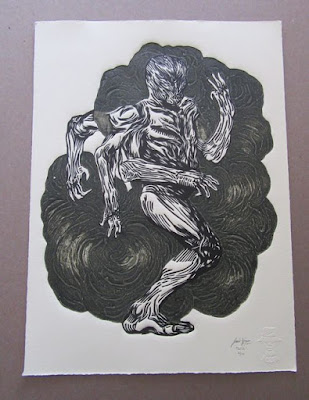 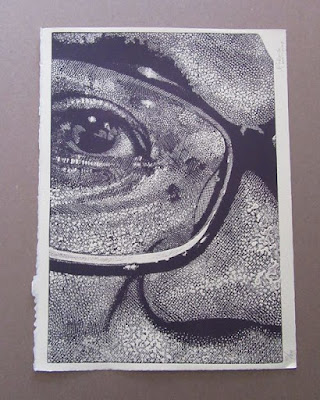 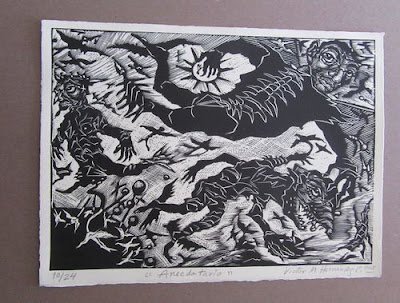 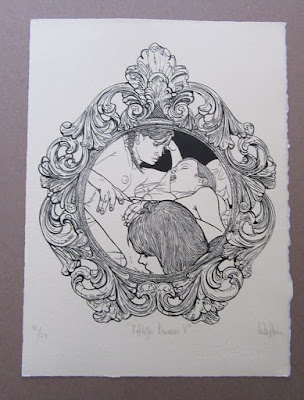 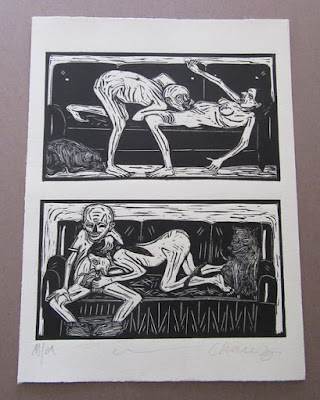 Thank you Pavel Acevedo and Francisco Delgado for bringing the Oaxaca Carpeta over to the US. I aspire to frame these prints and exhibit them some time in the future.