The Desert Triangle prints were produced in 14 studios.  11 of those studios are in the Southwest. 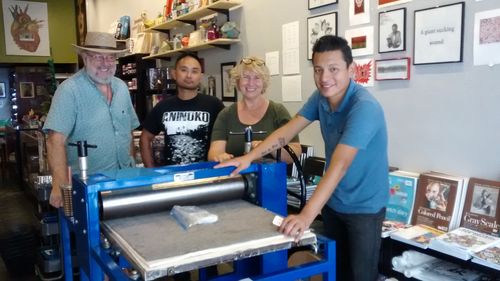 Pavel Acevedo (right)
runs the press at the art store 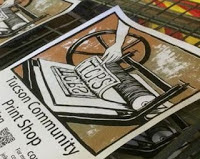 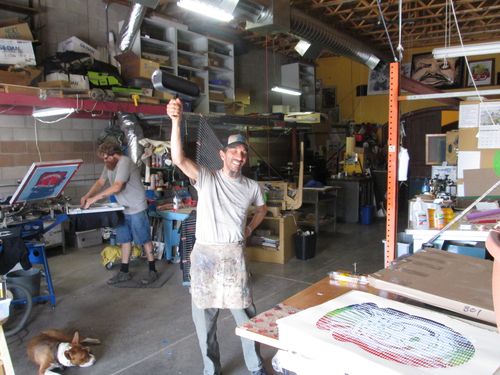 4 prints were made at the Tucson Community Printshop: 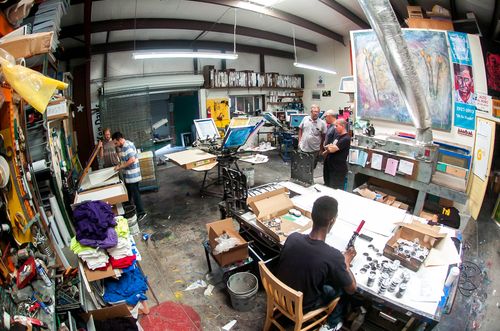 2 silk screen prints were pulled at the Gloo Factory in Tucson: 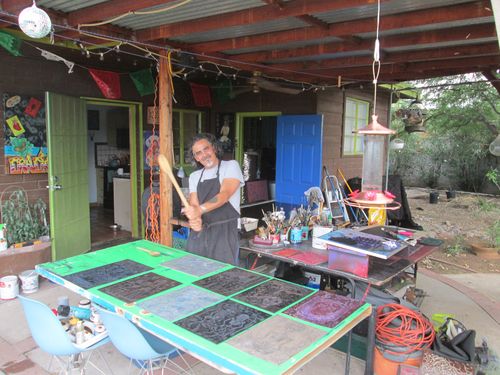 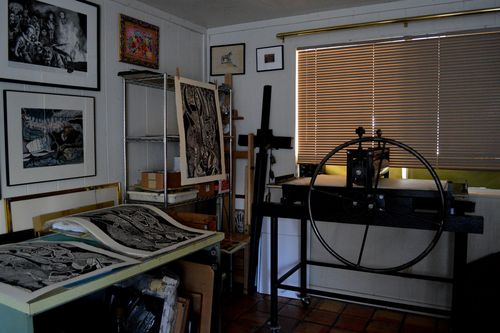 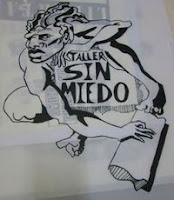 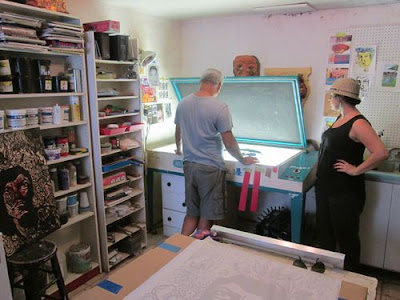 Regina Held (back to us)
runs the New Grounds Print Workshop 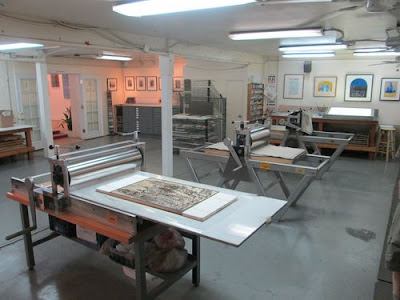 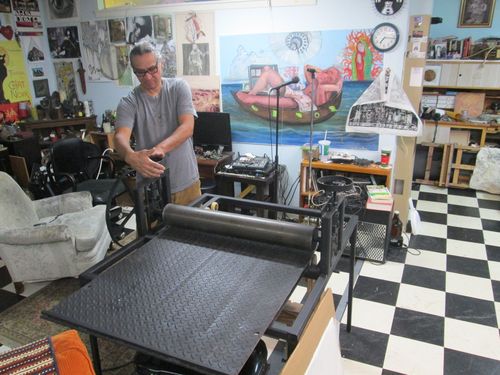 Henry Morales in his home studio 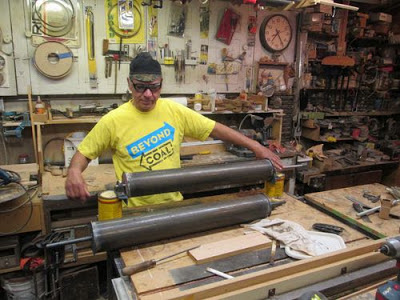 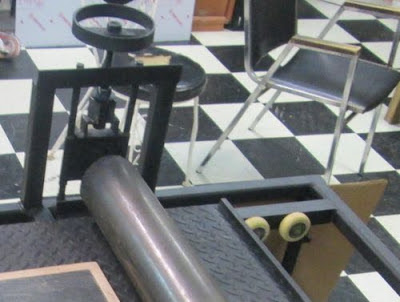 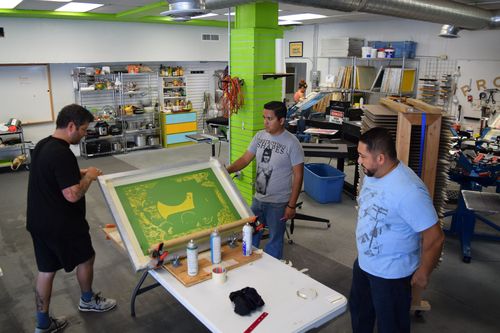 6 serigraphs were pulled at Proper Printshop in El Paso: 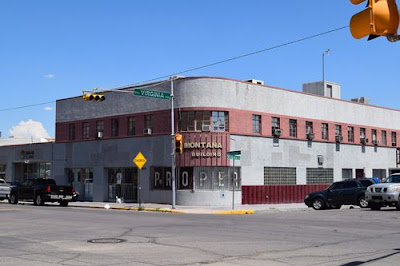 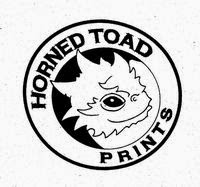 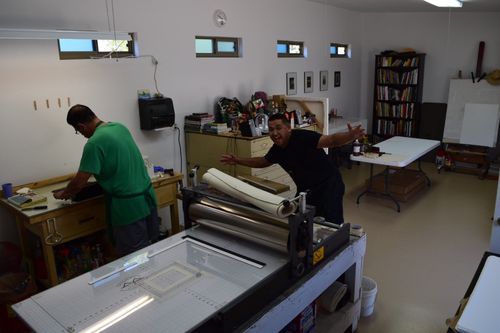 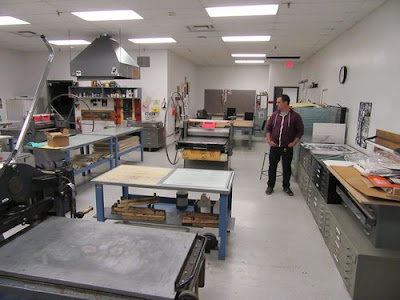 Chris Bardey taught printmaking at NMSU
during the Fall 2015 semester

Posted by Desert Triangle Print Carpeta at 10:22 AM