The Desert Triangle Print Carpeta will be showing during June and August, at the Pain Sugar Gallery in Riverside, California. 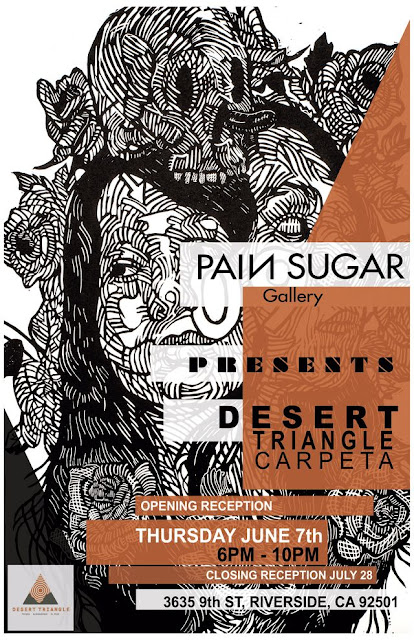 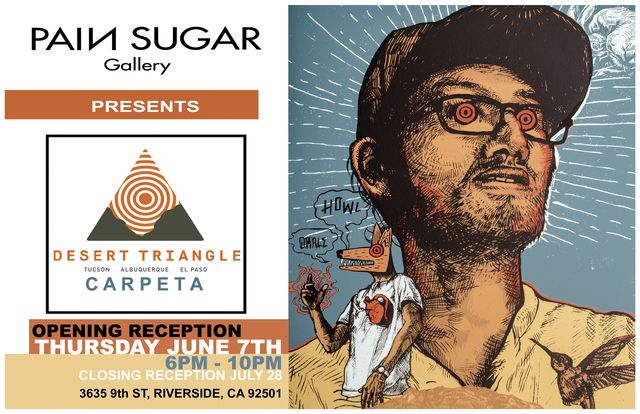 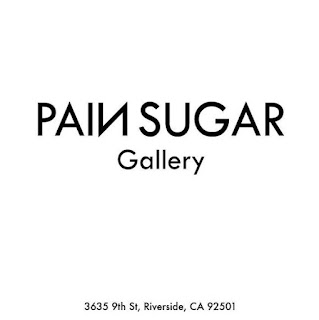 Surging from the haze of Mountain Time, come 29  large prints -- from Tucson, Albuquerque and El Paso -- plus one master print from local artist Pavel Acevedo of Riverside  -- to form the "Desert Triangle Print Carpeta."  This collection of colorful serigraphs, relief prints, and one lithograph was inspired by Chicano prints, and created largely, but not entirely, by Mexican-American artists.  These prints were commissioned in 2015 especially for this portfolio; and without a theme (though abstract work was discouraged), which unleashed a wide variety of personal visions.  The editions were produced in 14 different studios, across the Southwest and Mexico.

Previously this portfolio has been shown at venues in both the US and Mexico, including the El Paso Museum of Art, and most recently  Mexic-Arte Museum in Austin.

"The Desert Triangle Print Carpeta" is on view at the  Pain Sugar Gallery (3635 9th St) during June and July -- opening on Thursday, June 7th, at 6 PM. 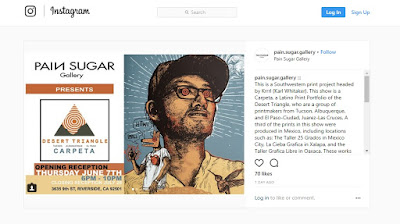 
We are hanging the prints with nice Posterhangers by Jørgen Møller. 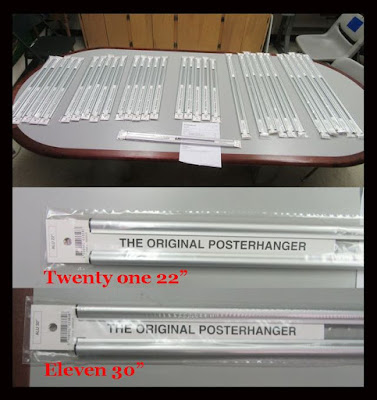 2 packages, the prints and the poster hangers, were shipped from Albuquerque on May 17th, due to arrive in Riverside next week. This exhibition is happening! 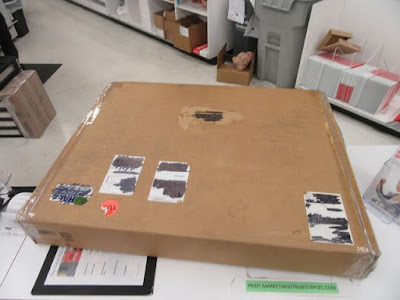 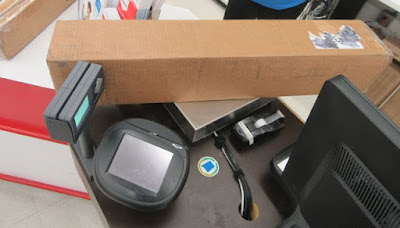 Riverside will soon be home to the Cheech Marin Center for Chicano Art, Culture and Industry.  The project has been approved!  Fundraising has begun.

Next stop for the Desert Triangle is July, an exhibit at the Arts Warehouse in Delray, Florida, just north of Miami.  Opening on Friday, July 6th. 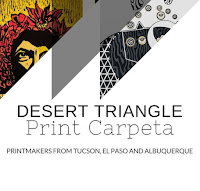 Next exhibition near Miami 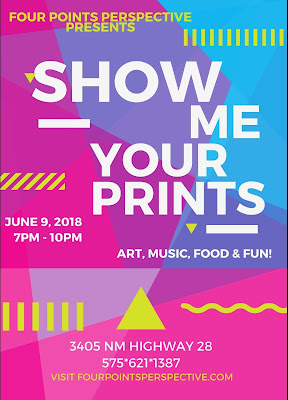