We signed up for a tour of 6 artists studios in Havana, through AirBnB.   Our guide was Lic. Andy de Calzadilla, who is also a curator at the FotoFAC Gallery, inside the Fabrica del Arte Cubano.

The tour was excellent, the artists were excellent, I was very impressed.  It was worth every penny.  How often can one fly into a foreign country, and hear a meaningful dialog with their artists the next day?  Moreover Andy de Calzadilla, our guide, spoke English; and in fact, Tanya could communicate with the artists in English at all of the studios we visited. 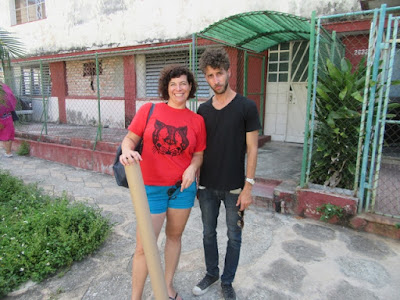 Tanya and Andy, our guide

We took pictures of the art below:

Adonis Flores is both a photographer and performance artist.  He is also featured on the "Art Uprising" website of Caribbean art. 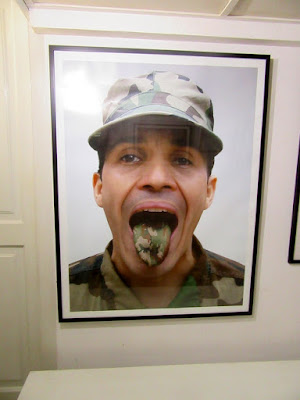 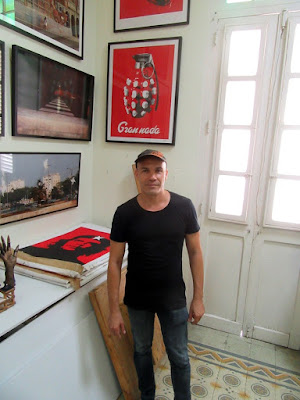 Adonis Flores
below the serigraph which we bought 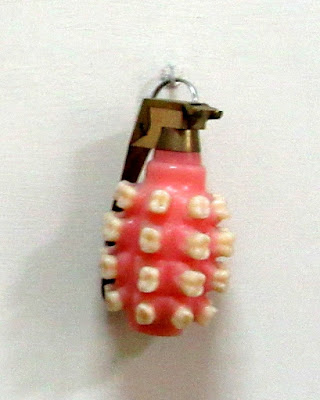 The serigraph was based on this sculpture,
a grenade with teeth 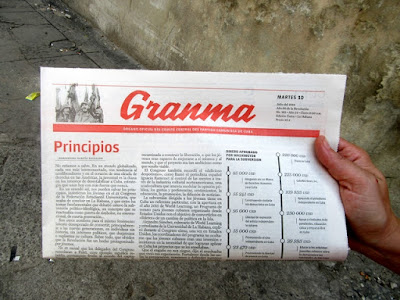 The font on the serigraph,
comes from the "Granma"  --
the official newspaper 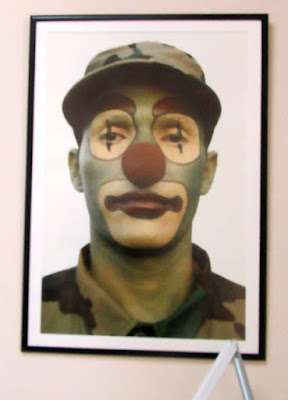 Marianela Orozco is both a photographer and performance artist.  She is also featured on the "Art Uprising" website of Caribbean art. 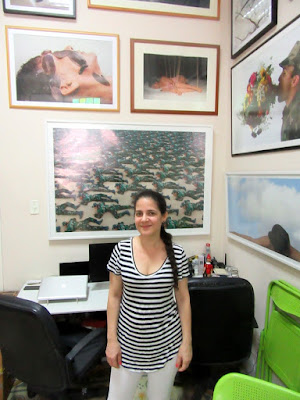 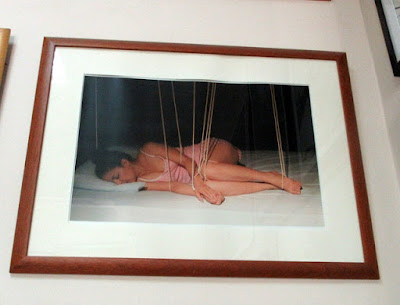 Orlando Almanza is a painter and printmaker. 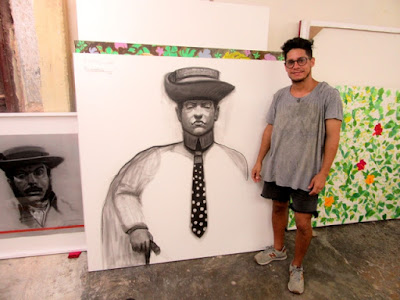 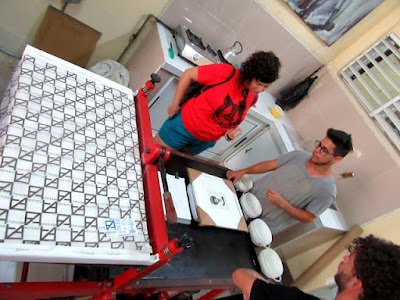 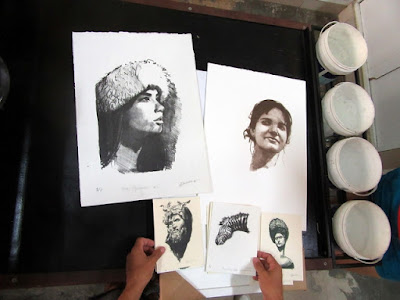 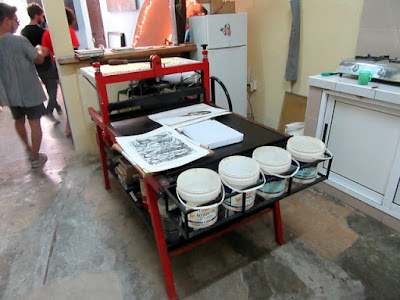 He built his own lithograph press 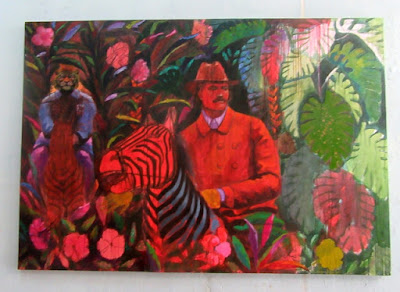 Painting referring to the
secret visit of the Pope 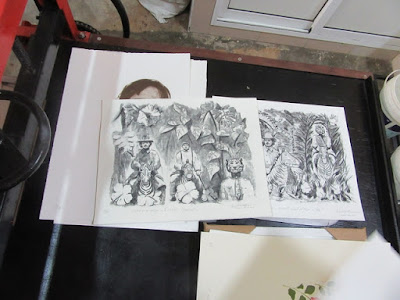 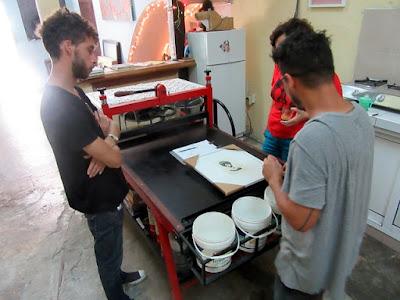 Jose Toirac is a painter, but very conceptual.  He was an artist-in-residence at ASU (Arizona State University) in Phoenix in 1998.  More info about him on the PAAP website. 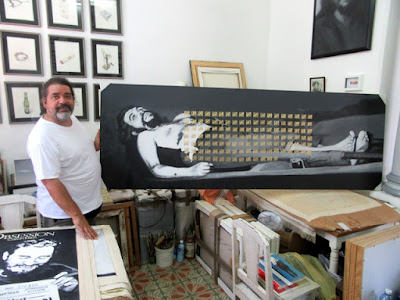 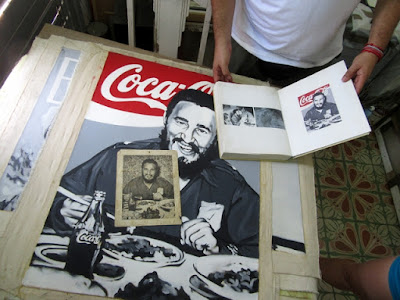 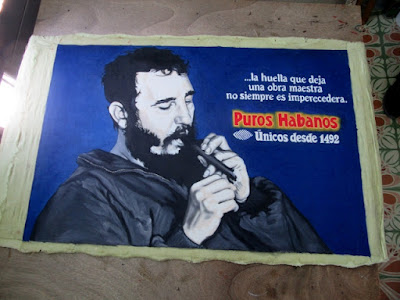 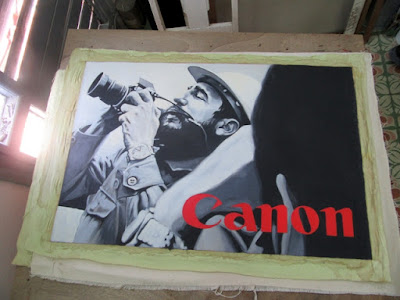 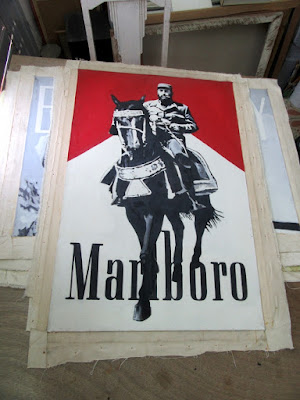 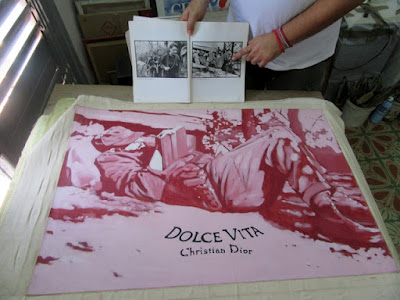 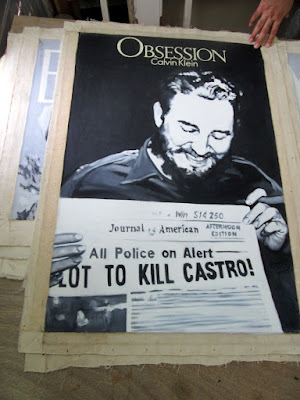 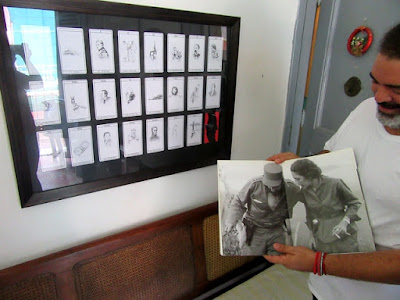 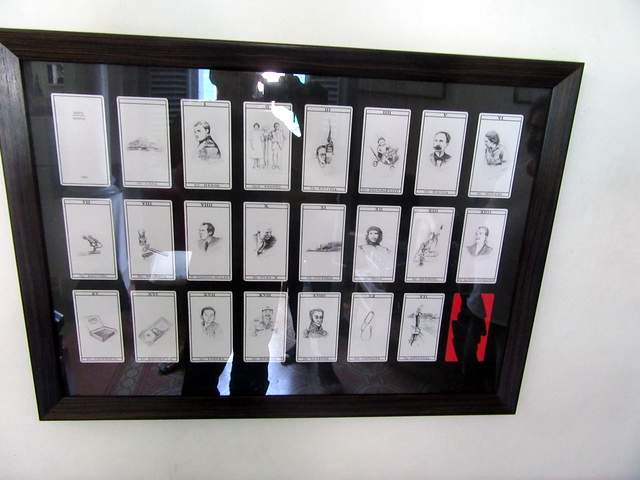 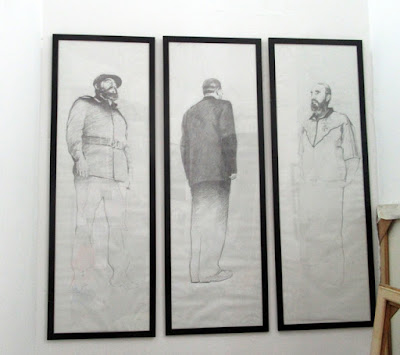 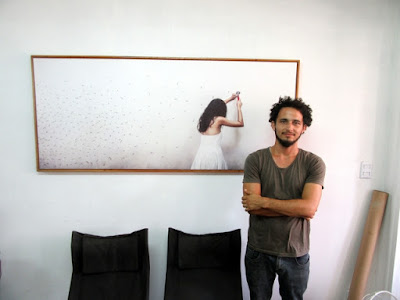 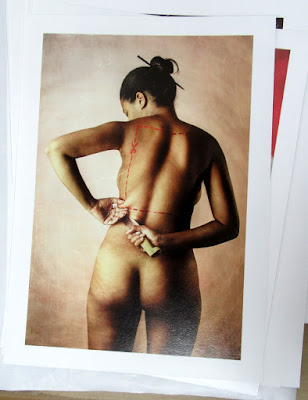 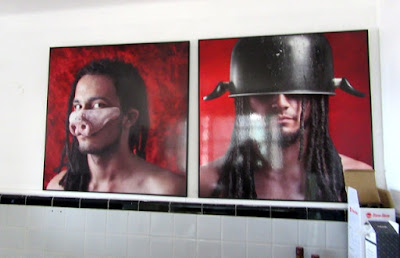 
Ailen Maleta is a photgrapher and photography instructor. 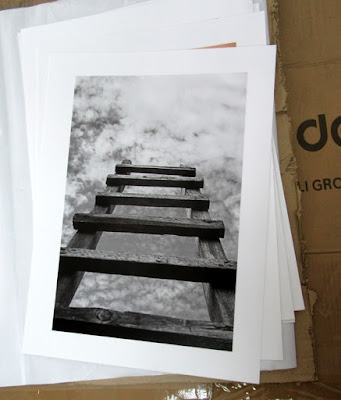 We were very impressed with the work of the Cuban artists, and also the explanations behind the works.