In July we made 7 serigraph editions in succession at Taller 75 Grados in Mexico City.

To see larger images, and read about the printmakers, go to:

Many are for sale at the BigCartel shop 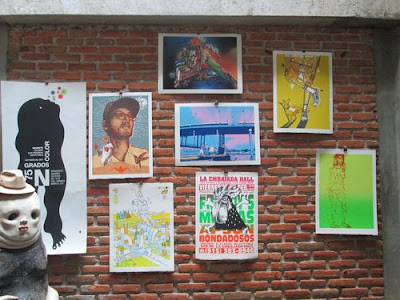 Yorch of Rezizte Colectivo (from Juarez)
helped connect us to Taller 75 Grados of Mexico City --
in this video Yorch, Bull, and director Arturo Negrete,
pull one of Yorch's previous serigraphs 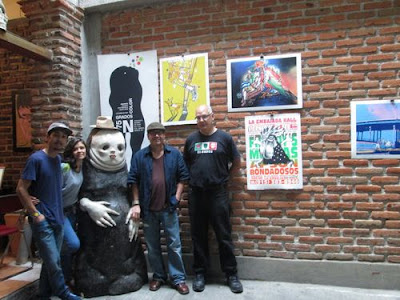 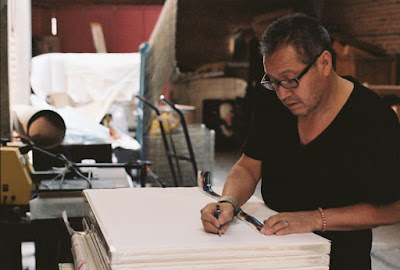 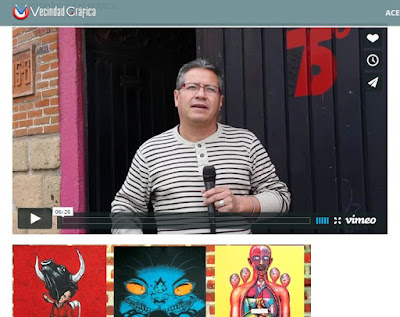 Ramon Cardenas wrote about the whole experience on the Maintain blog: 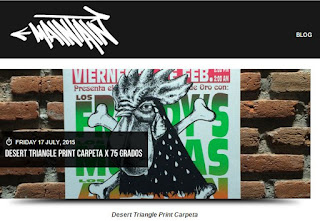 Update -- Maintain blog added an entry on the print signings, of the editions done at 75 Grados: 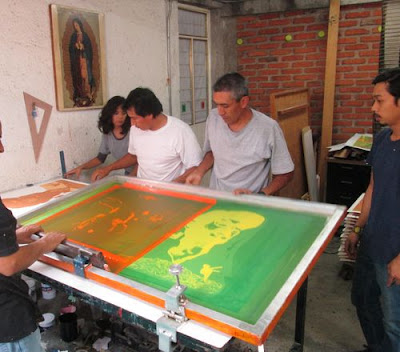 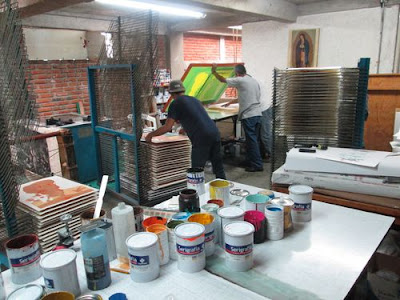 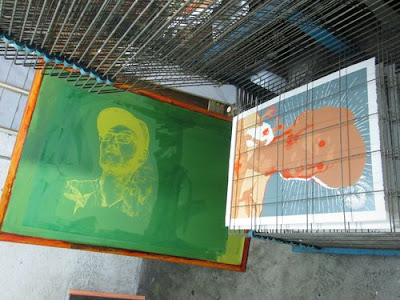 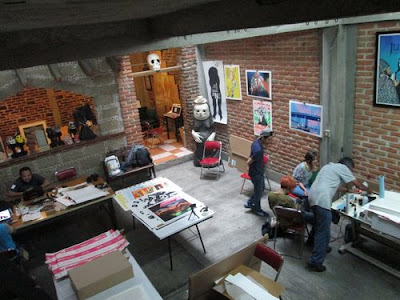 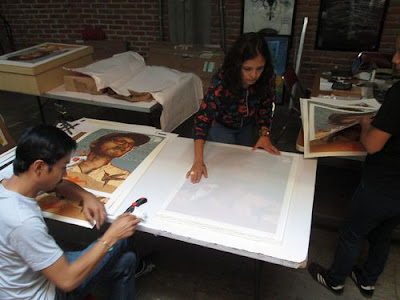 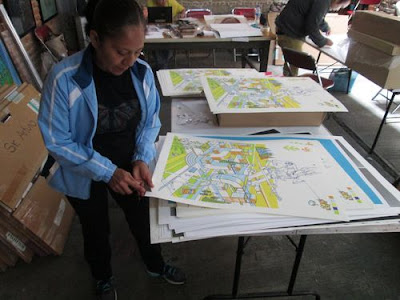 Wilma prepares the prints for packaging 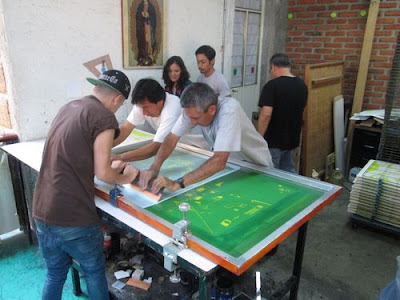 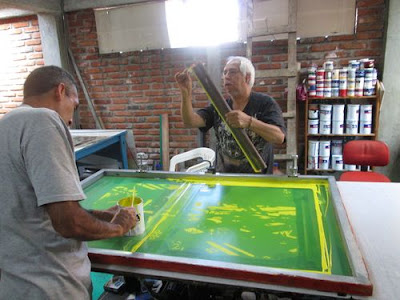 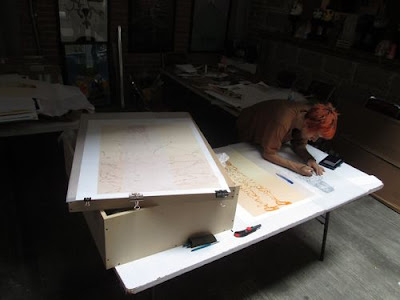 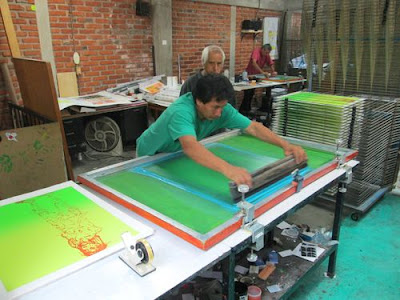 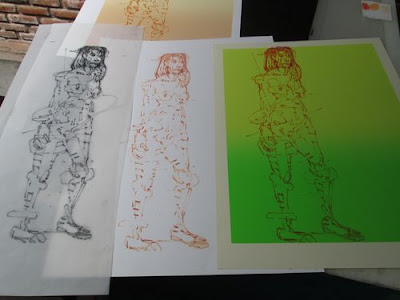 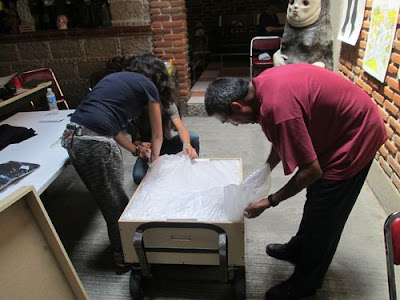 Christian and Julio
pack 7 editions in a box
for shipping 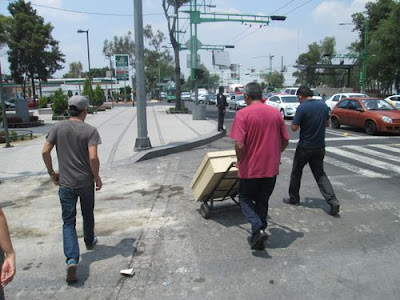 Wheeling the box to the DHL agent 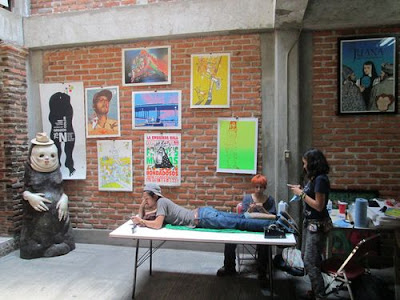 Ramon relaxes after the prints are finished,
and gets a tattoo from Cardo Negrete

We asked Taller 75 Grados to make another print for us, from one of Federico Villalba's photographs: 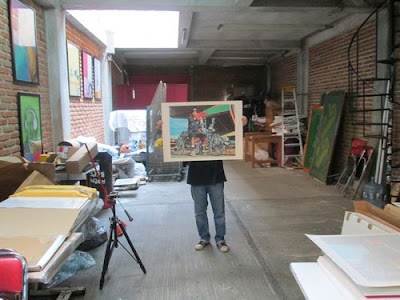 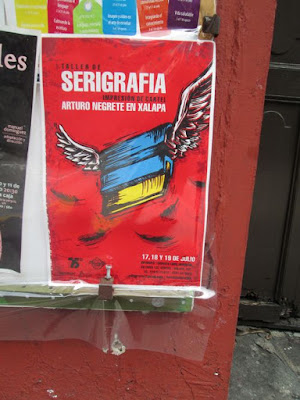 Soon after finishing our prints,
Arturo Negrete went to Xalapa
to give a silkscreening workshop 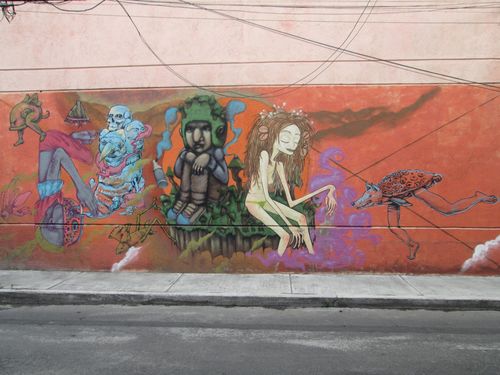 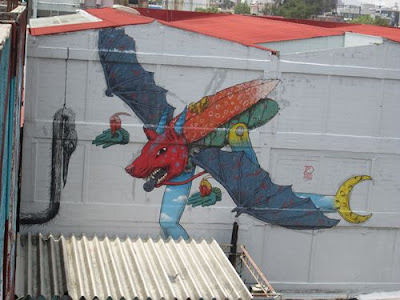 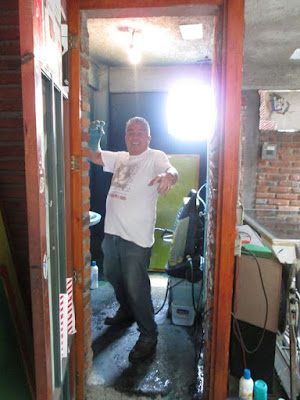 We were quite impressed with the fine art prints that Taller 75 Grados pulled for us.

Moreover, they will be exhibiting the whole carpeta on 29 and 30 of October; and then drive it south to exhibit it at their Oaxaca studio -- Process Ediciones -- on November 1st and 2nd, during the Day of the Dead.

Thank you very much Arturo Negrete and crew! 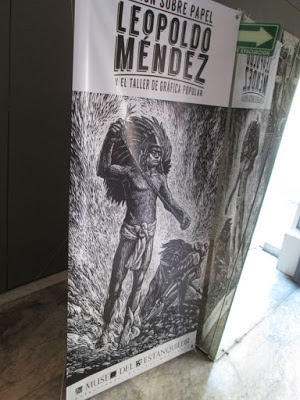 While in Mexico City
we were estatic to view the exhibition
of the work of master printmaker Leopoldo Mendez
at the Estanquillo Museo
Posted by Desert Triangle Print Carpeta at 5:48 PM