While Ben Muñoz is not in the Desert Triangle Print Carpeta, he is making a huge print making effort in Dallas. We met him in Dallas during the SGCI print conference last March.  He put on a huge print show of Texas printmakers -- which they called "The Print Rodeo."  He came to Santa Fe to show his large prints in July, 2019. 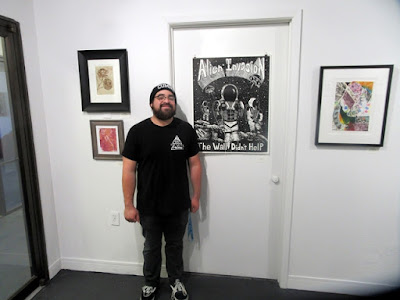 Ben Muñoz put on the "Print Rodeo" exhibition in Dallas,
and this picture does not do justice of how big it was 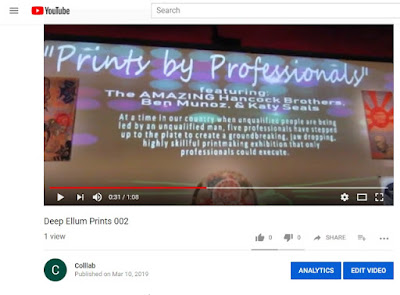 EXHIBITION AT
HECHO A MANO GALLERY
IN SANTA FE 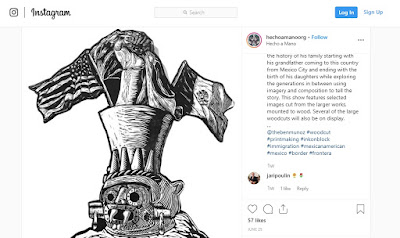 
Hecho a Mano gallery at the top of Canyon Road (830 Canyon Road) in Santa Fe, is showing large prints by Ben Muñoz during the month of July, 2019.  The opening and talk was during the evening of June 28th. 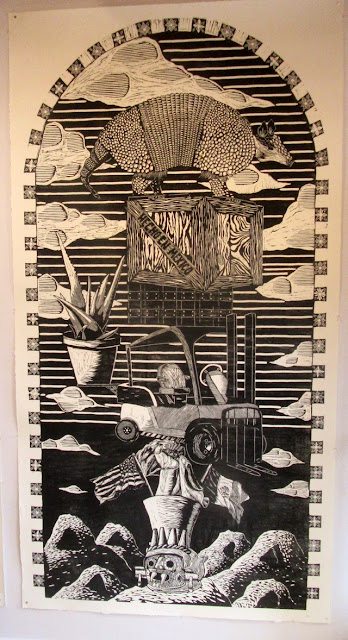 The first big print
in a series of six 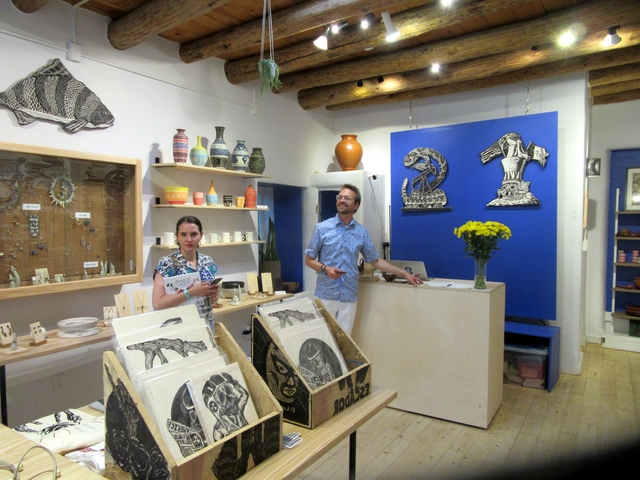 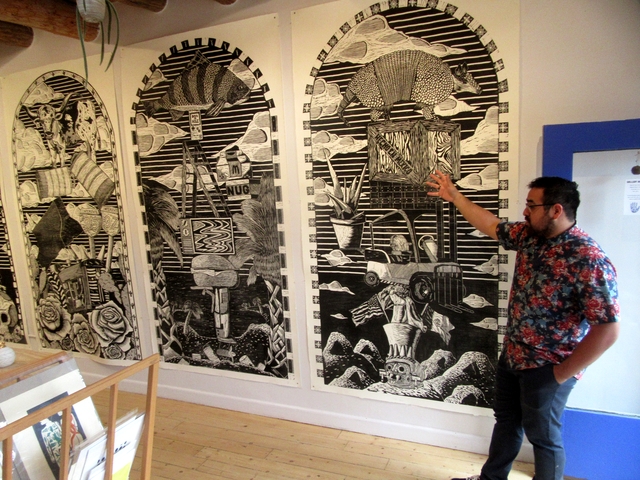 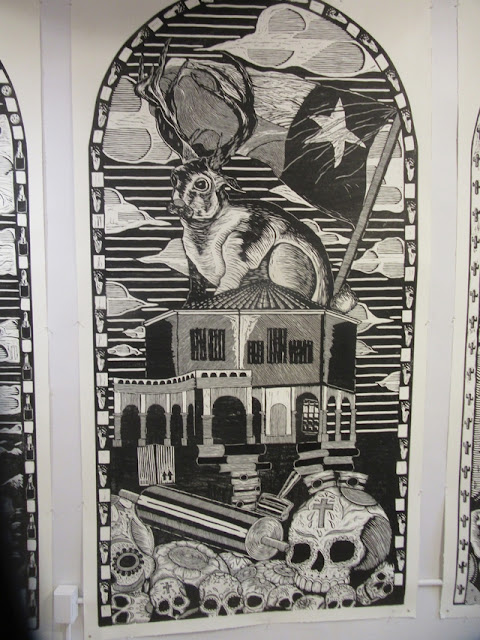 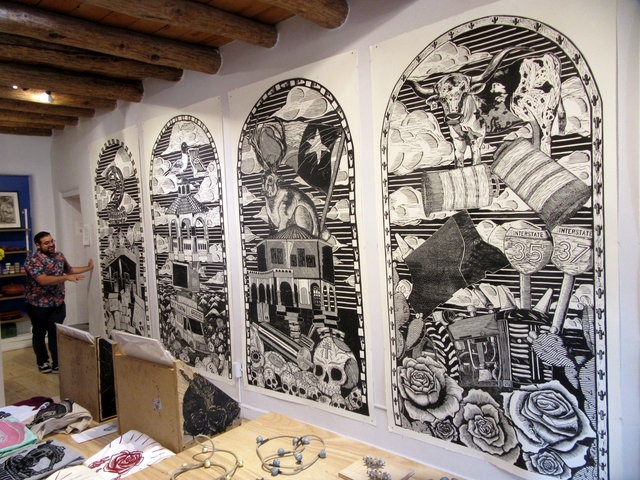 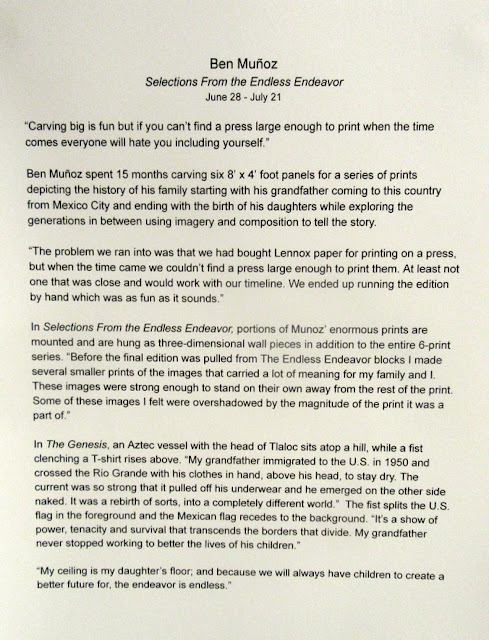 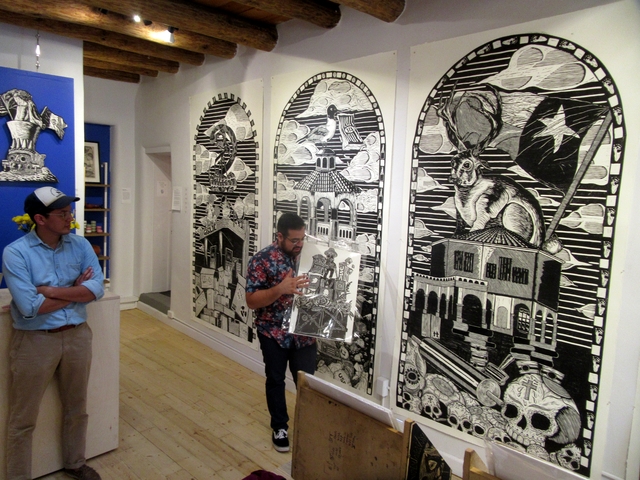 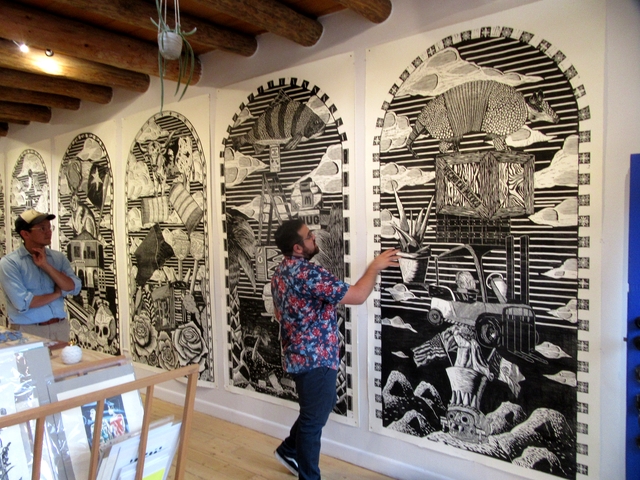 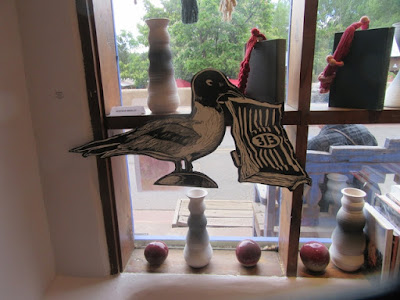 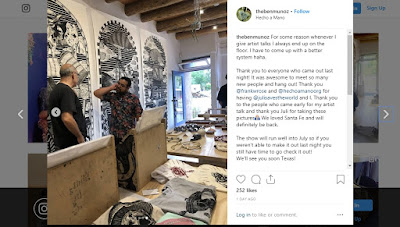 Frank Rose interviewed Ben Muñoz in a PODCAST, which can be heard online. 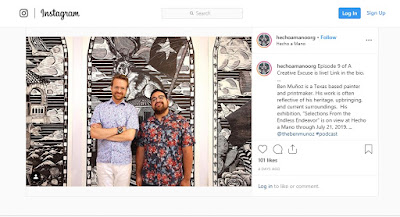 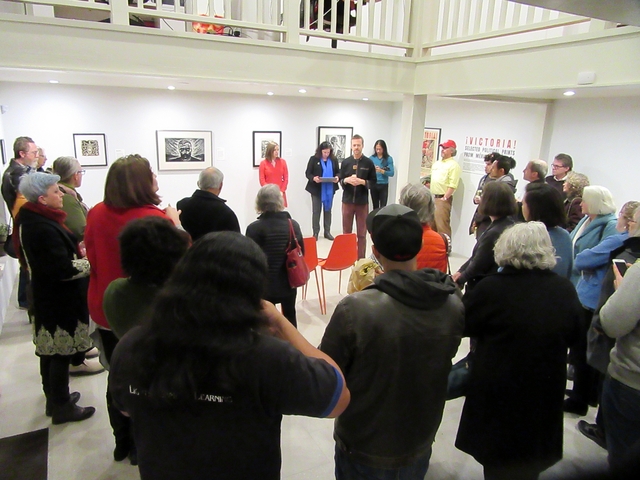 Frank Rose talking to the crowd
at the gallery of THE Magazine last February,
about the historical Mexican prints he was showing 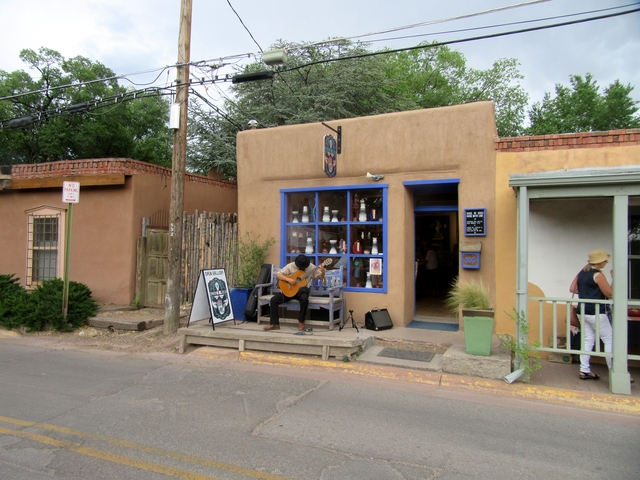 There are a lot of great young printmakers in Texas right now, many of which we met at the North Texas SGCI print conference last March. I can easily imagine carpeta/portfolio of large prints coming from the print masters of Texas in the near future (including some of the Desert Triangle artists).

MEANWHILE...in another part of Santa Fe... 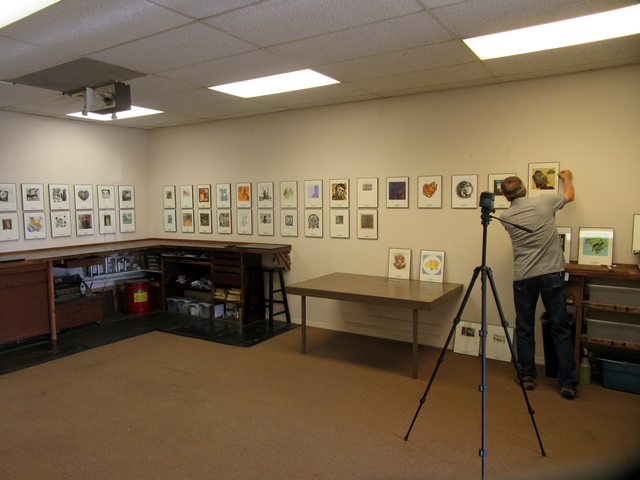 Many of the Desert Triangle printmakers created and contributed to the Ambos Lados print exchange.