Tucson opening at the Contreras Gallery

We had an opening in Tucson at the Contreras Gallery, on the First Saturday Art Walk, during the evening of February 6th.   Attendance was very good, probably in part because we advertised in print and on the radio. 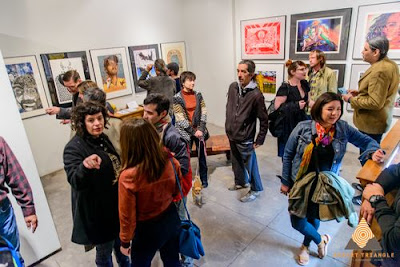 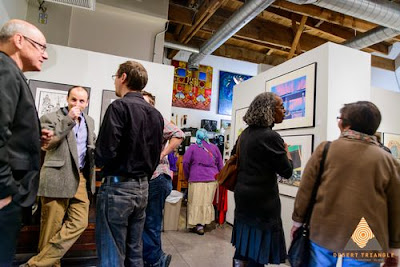 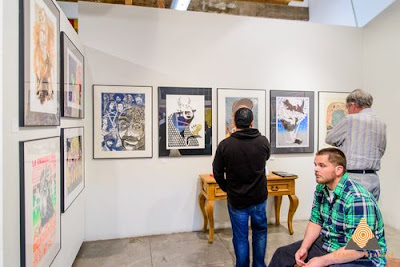 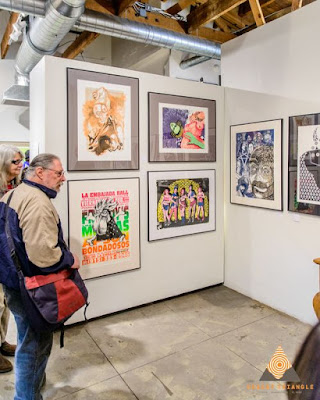 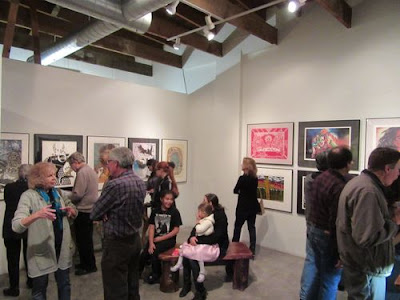 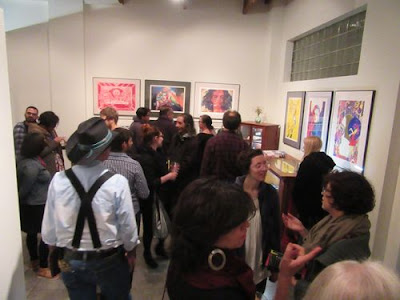 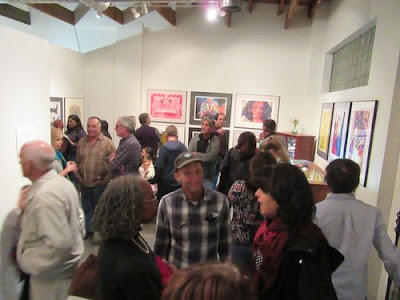 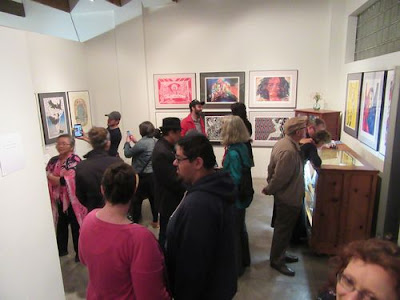 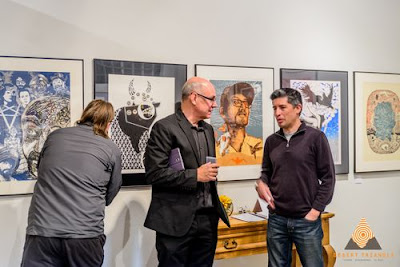 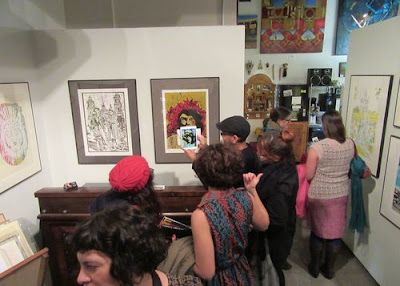 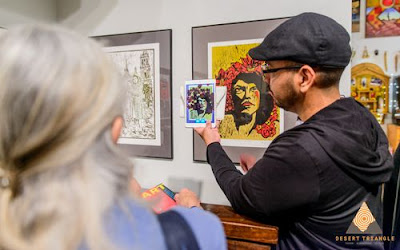 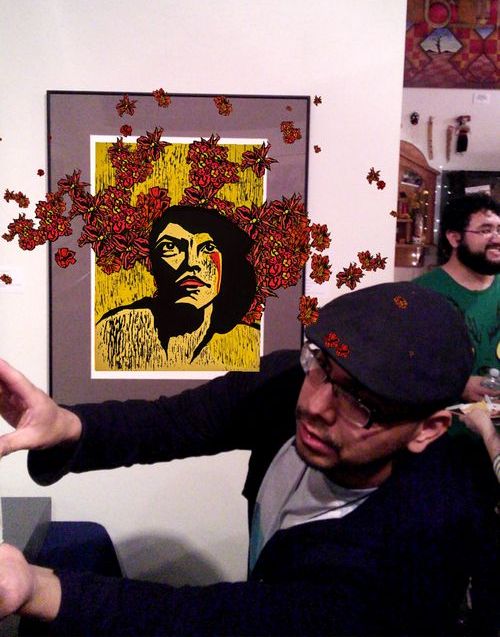 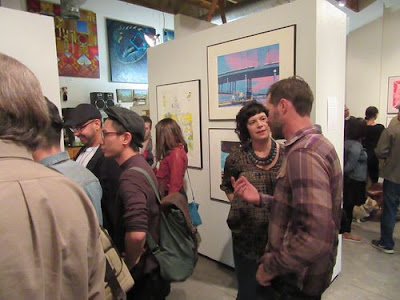 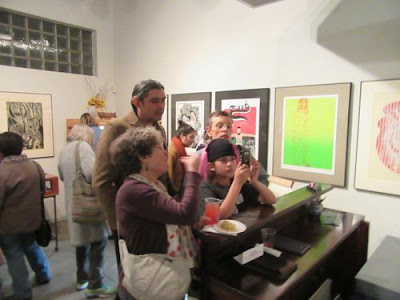 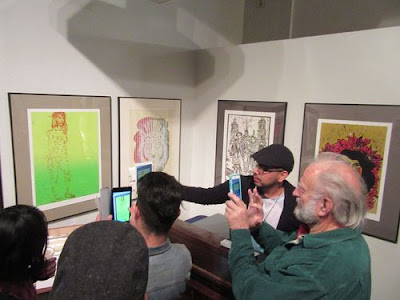 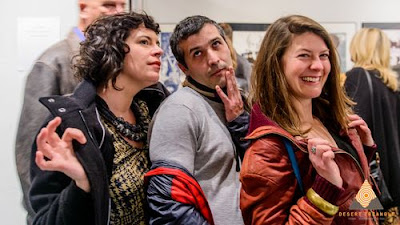 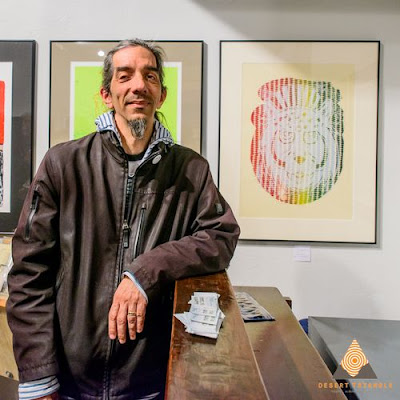 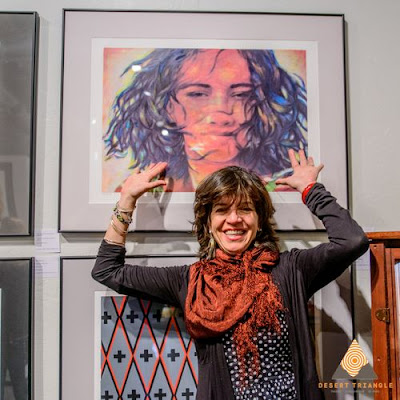 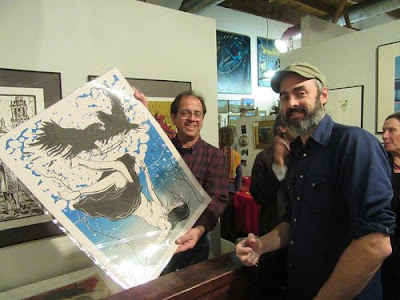 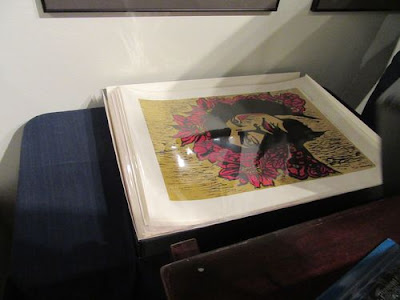 Two of each print for sale,
in plastic sleeves,
all of which fit in a large archival box

Almost all of the Tucson printmakers showed up: 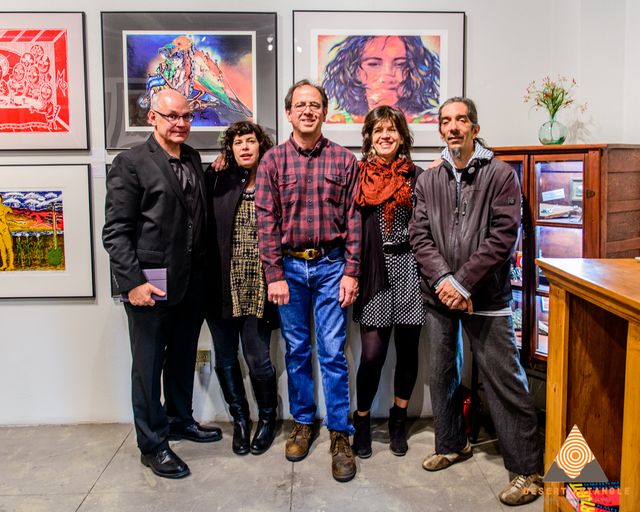 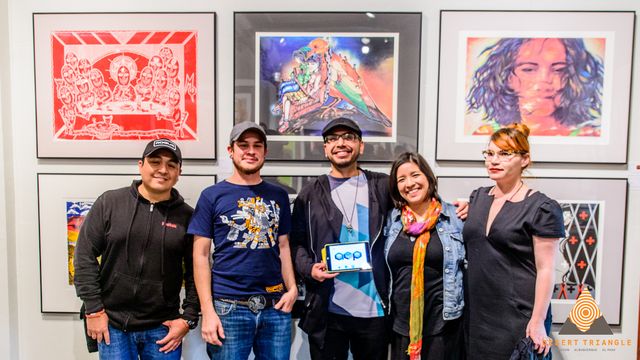 El Paso crew --
Some art lovers from El Paso
drove out to the Tucson opening!
David Figueroa of Augment El Paso
in the middle holding an iPad 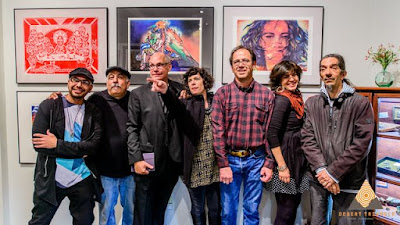 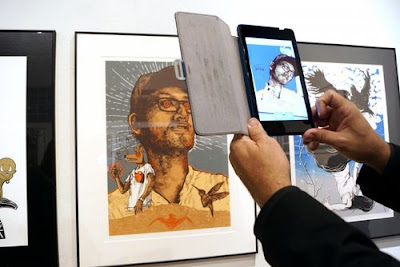 Photo in the Arizona Daily Wildcat

"Ultimately, there was a catch with this gallery: the grand prints were made to move virtually. The prints were collaborated with an intense, online advancement called Augment El Paso, a virtual app that allows certain prints to move. The pieces would dance and transform on the phone screen, allowing viewers to observe the art in an entirely different perspective. The exhibit’s producer, Karl Whitaker, expressed sincere pride in these works.

“I was able to gather these 30 artists for this,” Whitaker said. “I came across Augment El Paso and asked them if they were willing to work with my artists on this event. You can see more of their works on prints and other pieces at deserttriangle.com. We worked with them, and all of this was done specifically for these prints."