Preparing for the Opening at Mexic-Arte Museum in Austin 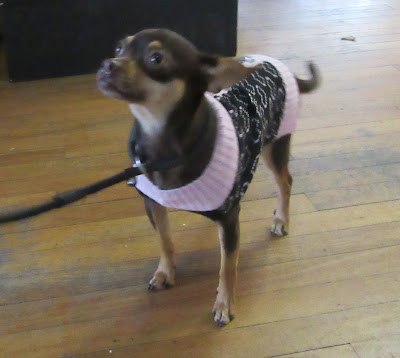 The anticipation is killing us!
(maybe just for the brunch
on the day following the opening)

Mexic-Arte posted a big banner of the exhibitions in front of their museum, on Congress Avenue (at 5th Street), the main street of Austin, Texas! Zeke Peñas print from the Desert Triangle Print Carpeta is featured.  The augmented reality enhancements work on the banner, as they do on Zeke's print inside. 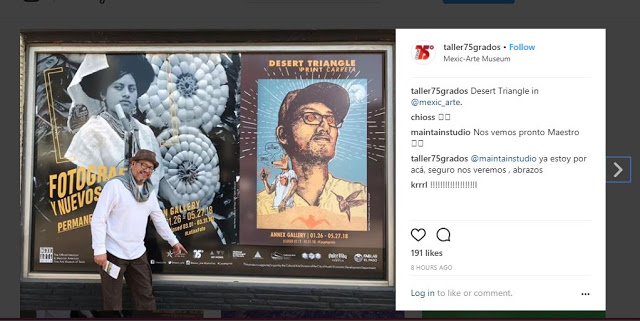 GLASSTIRE, the online Texas Arts magazine, visited Mexic-Arte, and reported on both exhibitions before the opening!!! 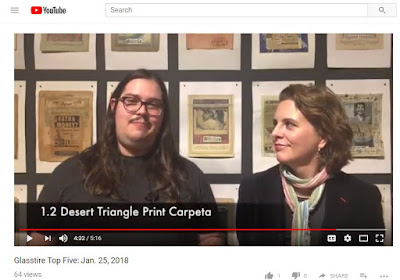 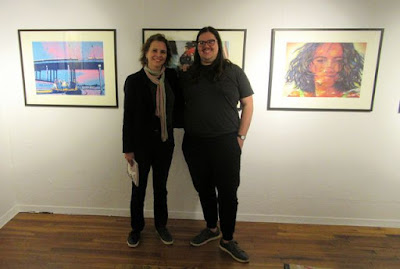 Rainey Knudson and Brandon Zech
of Glasstire, arts coverage,
visit the Desert Triangle while it was setting up,
January 24th, 2018 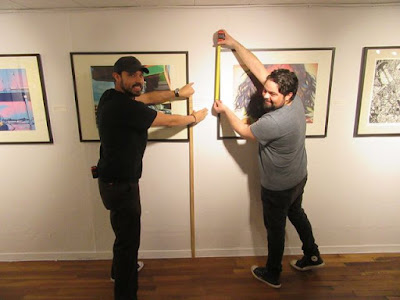 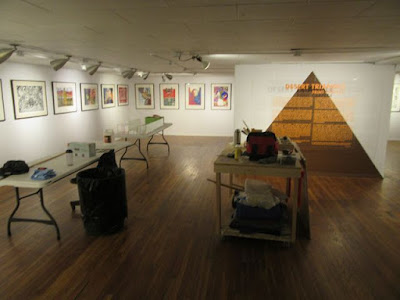 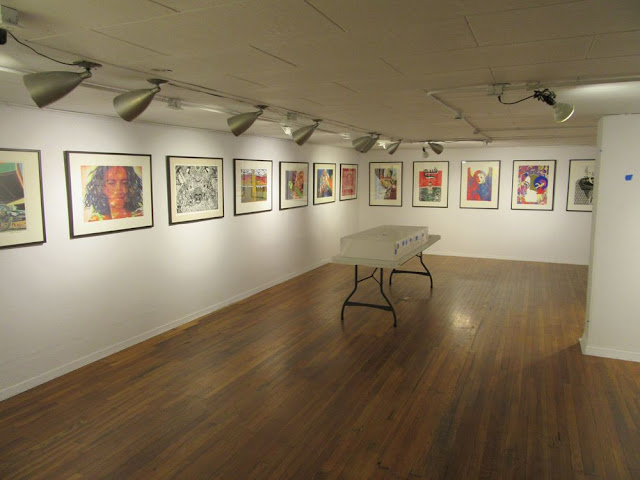 The prints are being hung 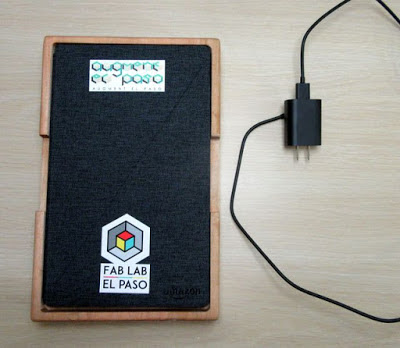 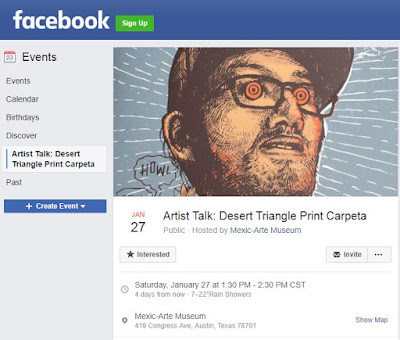 OUR CATALOG IN THE BOOKSTORE

Our catalog for sale in the Mexic-Arte bookstore, next to the Estampas de La Raza catalog, which we admired. 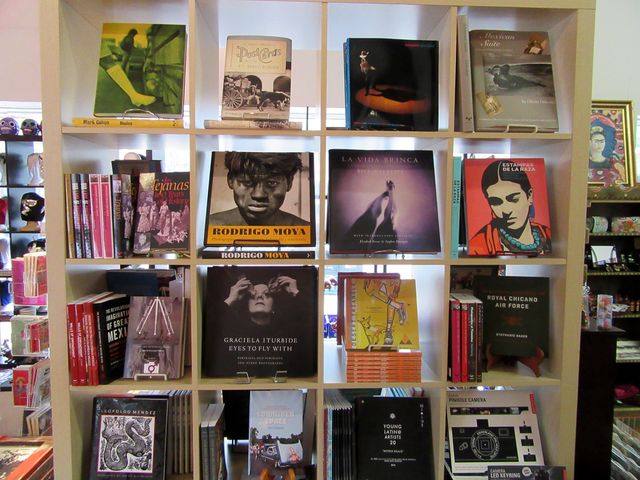 Our catalogs for sale at Mexic-Arte

While we donated a set of Desert Triangle Print Carpeta works to Mexic-Arte, we also donated a few other prints made by Taller 75 Grados, and then they bought even more prints directly from Arturo Negrete of Taller 75 Grados of Mexico City. 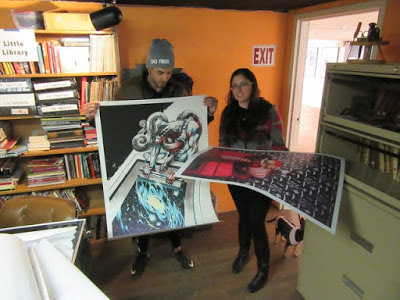 Raul and Rebecca,
receiving some other print donations
(as well as one of Nani' Chacon's print) 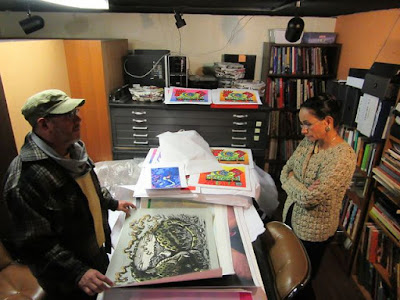 Director Sylvia Orozoco
with Taller 75 Grados director Arturo Negrete,
looking at the print by phenomenal Mexican printmaker Mazatl,
just one of the prints considered for the Mexic-Arte collection 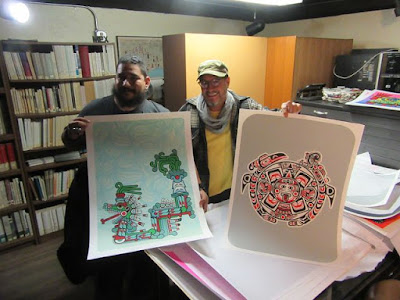 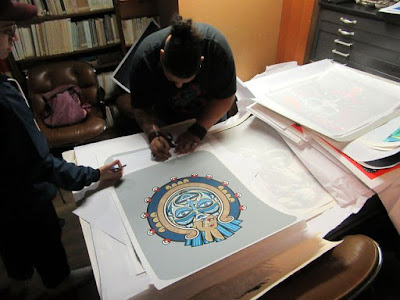 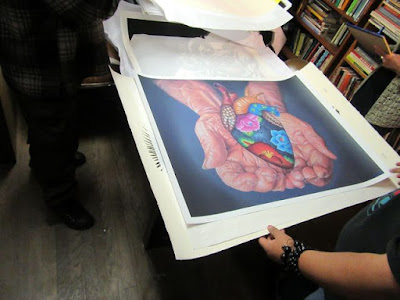 Serigraph by an art collective from
Juchitán, Oaxaca,
made after the 2017 earthquake 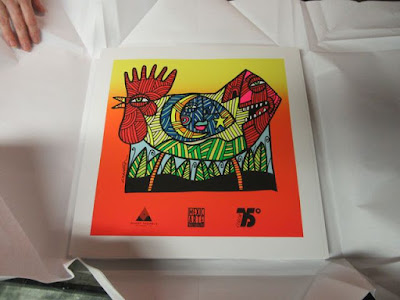 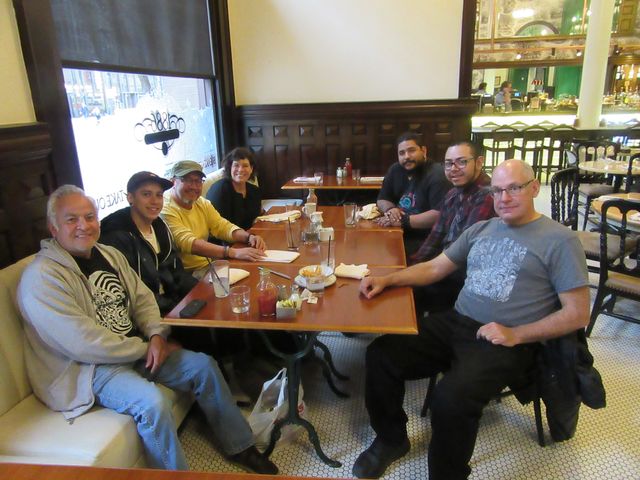 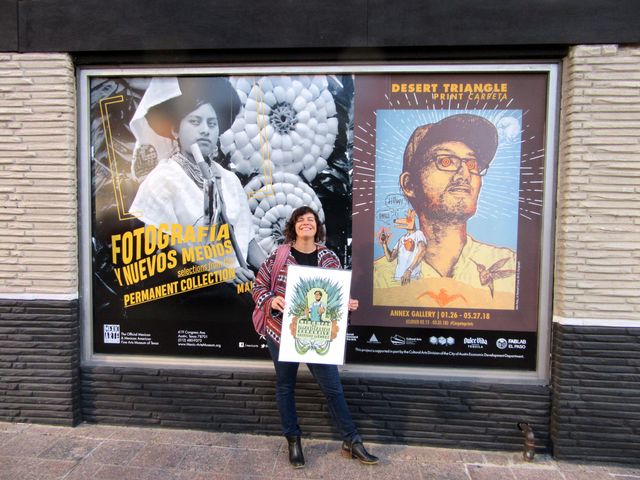 Tanya holding the print we bought by Paul Del Bosque,
from La Peña.
While standing in front of the big banner in front of Mexic-Arte,
on the main street of Austin,
Congress Avenue