Crossing Paths opened at the Mission Cultural Center for Latino Arts.  This exhibition was co-organized by Pavel Acevedo, on of the Desert Triangle artists.  It also included 3 other artists from the Desert Triangle -- Francisco Delgado, Los Dos, and Nani Chacon. 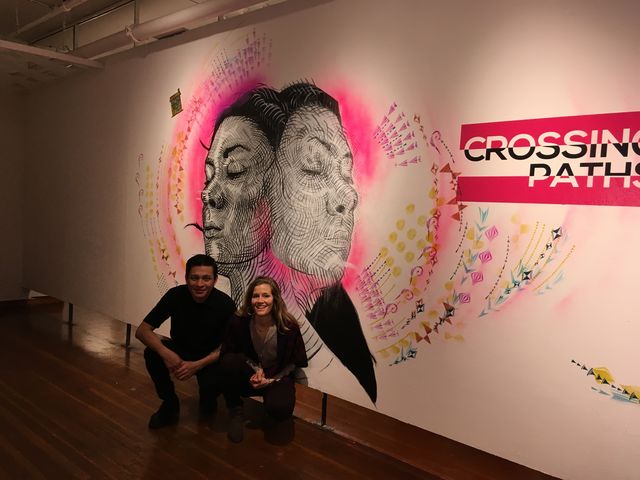 Pavel Acevedo, and Kate Deciccio,
in front of their mural collaboration for the Crossing Paths exhibit
at the Mission Cultural Center for Latino Arts
in San Francisco 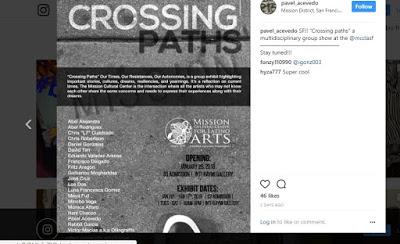 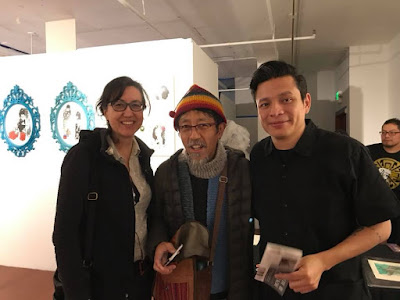 Toru Sugita (center)
came to the opening.
Last year he printed in Oaxaca,
at Taller Grafica Libre,
in a situation that Pavel helped set up 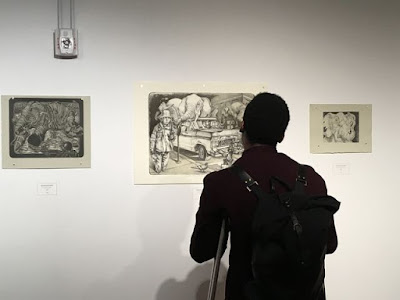 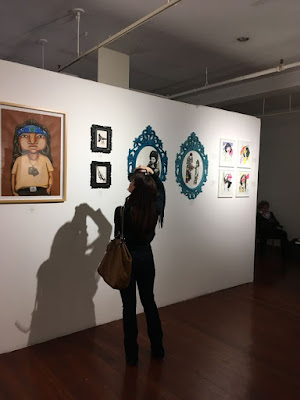 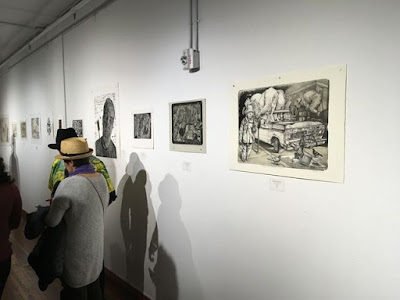 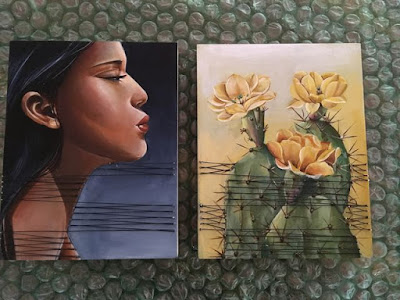 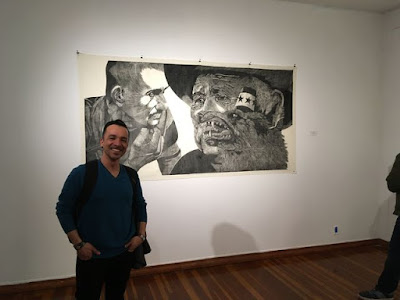 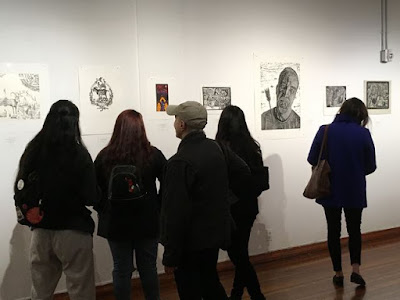 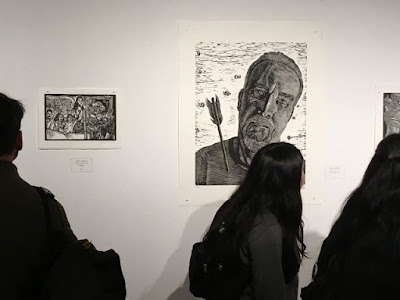 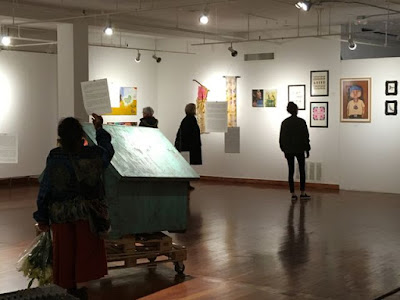 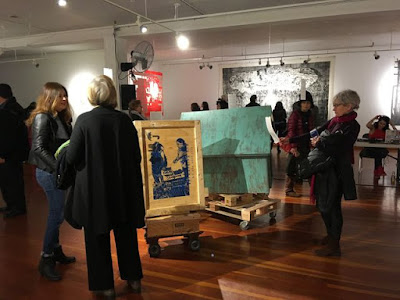 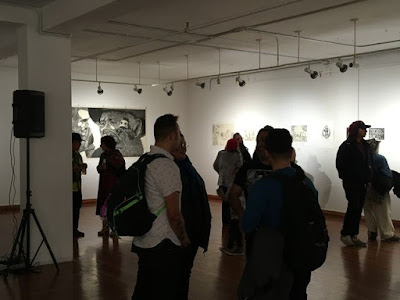 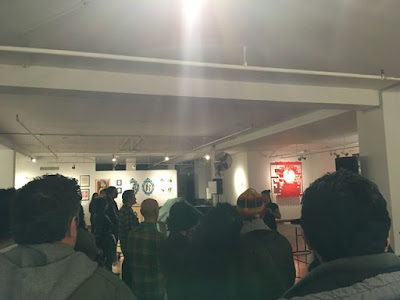 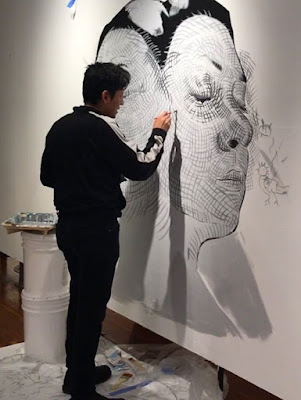 Pavel Acevedo
is looking forward to exhibiting in Oaxaca in July,
at Casa de la Ciudad 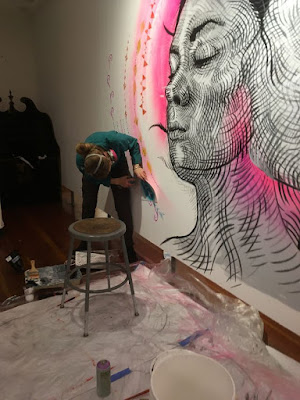 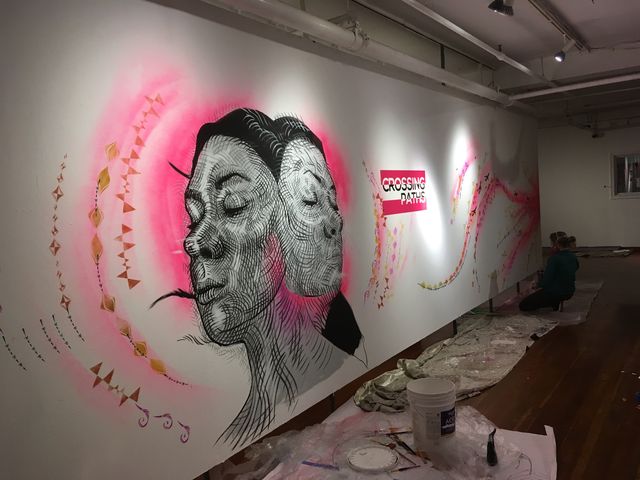 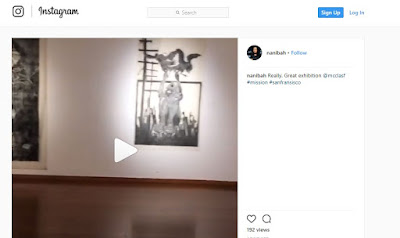 Nani Chacon uploaded a video of the exhibition
to Instagram 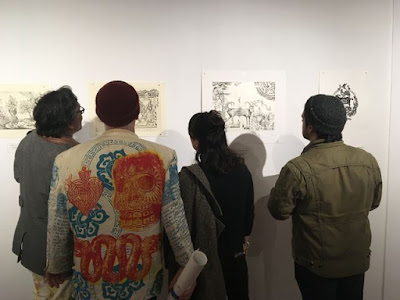 Attendee wearing a colorful jacket
printed by the late Michael Roman,
who also had an exhibition that night

Chicano printmaker Michael Roman passed away last year, so this show was a look back on the colorful prints he did at the Mission Cultural Center.  He printed a lot of t-shirts for Carlos Santana, and his stencil work was featured in Madonna's movie "Desperately Seeking Susan."  He taught Krrrl how to silk screen, and thus had an influence on the Desert Triangle. 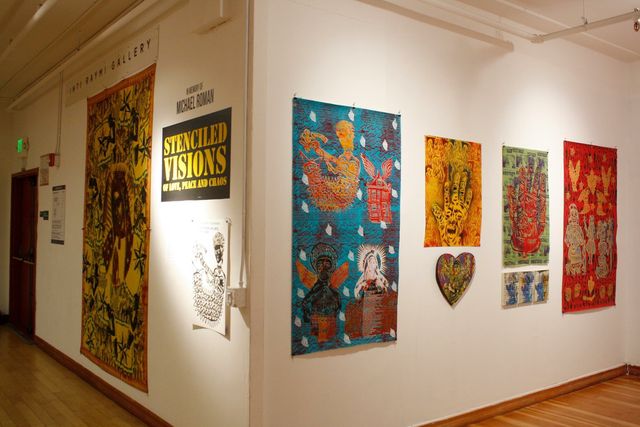 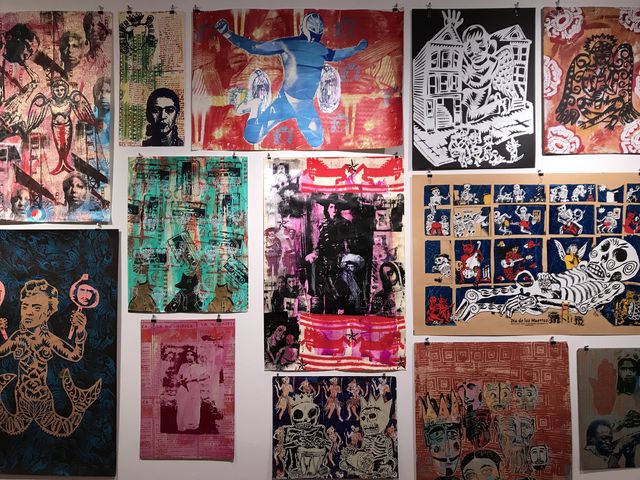 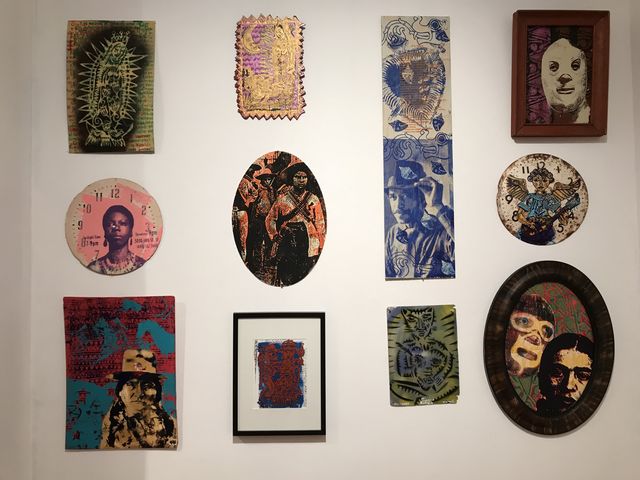 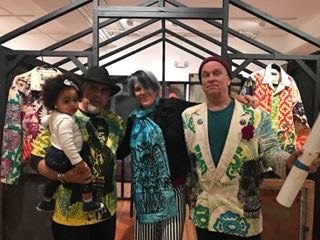 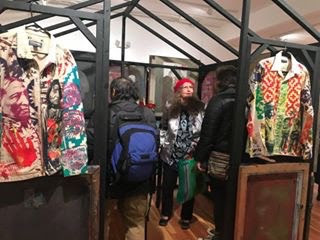 Note:  Many of the artists in the above exhibitions had work in the Albuquerque print show -- Prints by Southwest -- in April 2017 -- Pavel Acevedo, Francisco Delgado, Los Dos, Juan R Fuentes, and Michael Roman

UPDATE:  Accion Latina Gallery in San Francisco, is having an opening with the prints of
Malaquias Montoya.  OPening March 10th, in the Juan R Fuentes gallery.

This gallery is very close to the Mission Cultural Center, where the above exhibitions were.
Posted by Desert Triangle Print Carpeta at 12:06 PM