Two of our prints come from Ciudad Juarez, just across the border from El Paso, where the artists work in group "collectives."  These prints were amongst the first produced -- at Taller 75 Grados in Mexico City: 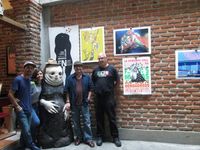 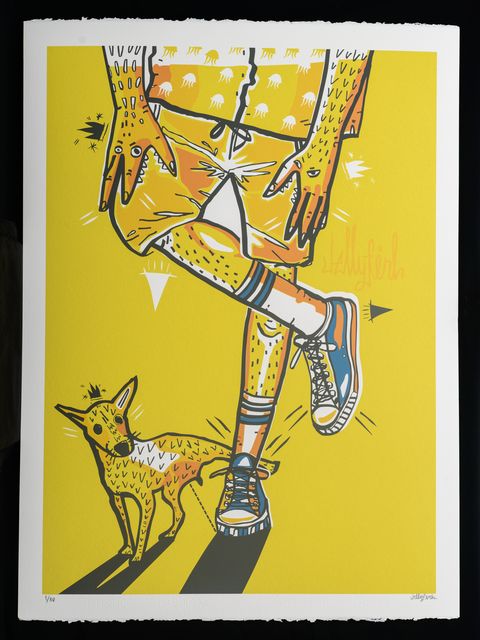 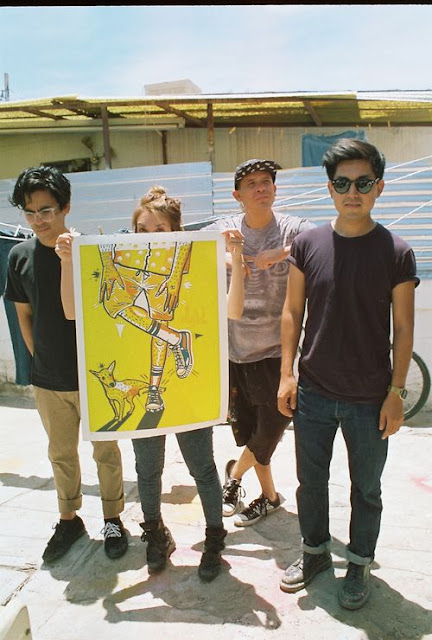 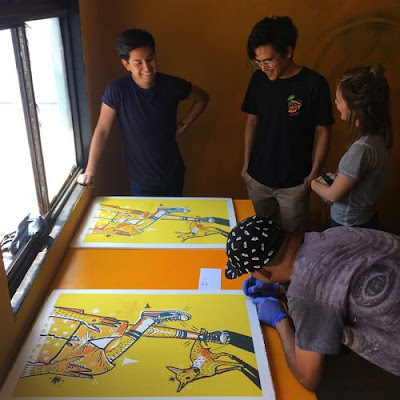 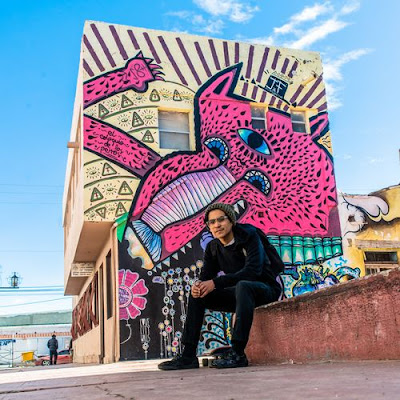 Pilo
in front of a Jellyfish mural
in Juarez 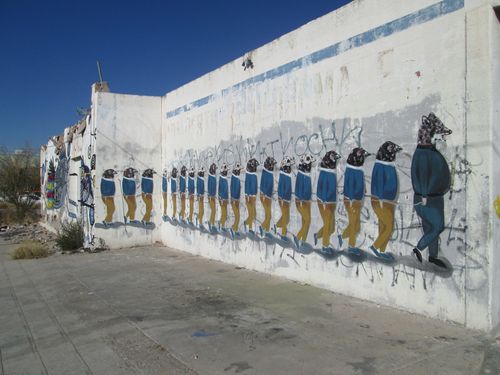 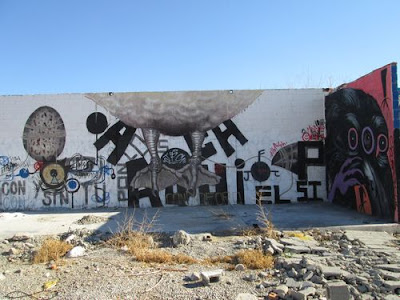 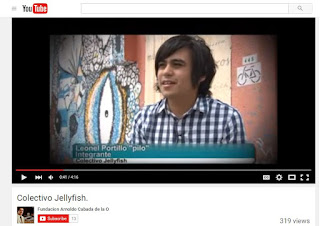 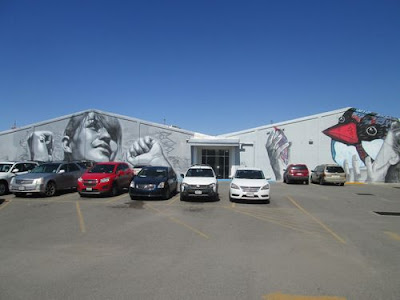 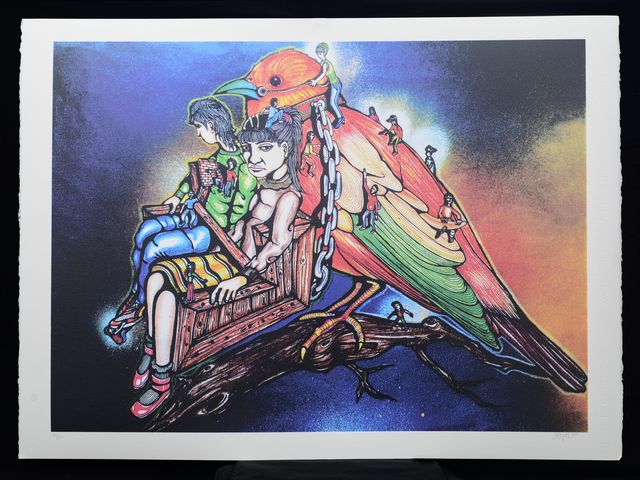 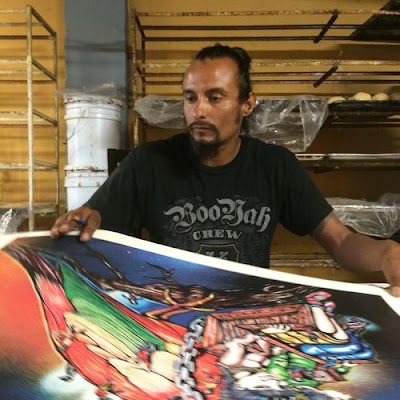 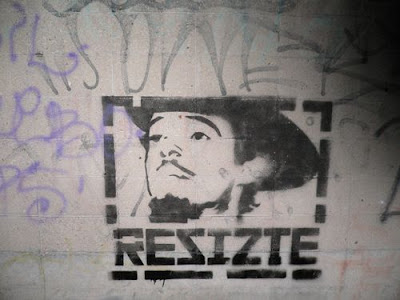 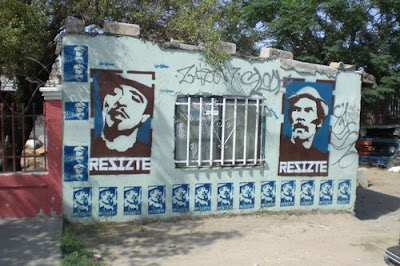 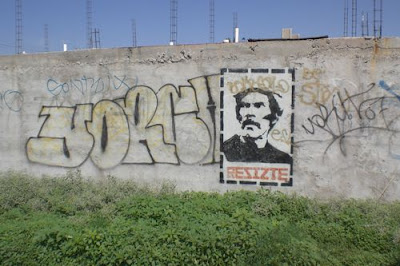 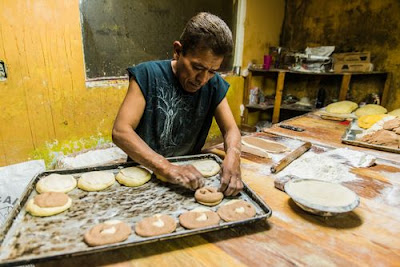 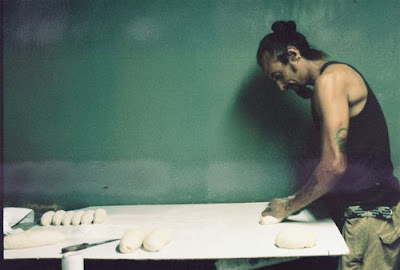 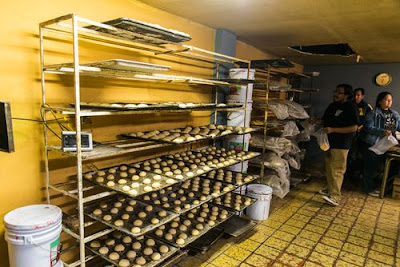 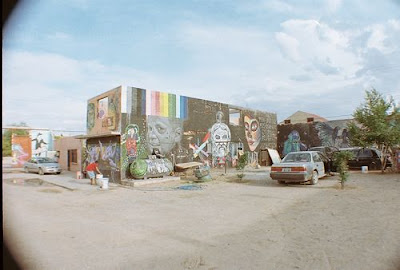 Murals at the panaderia courtyard 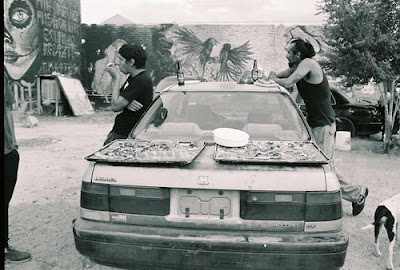 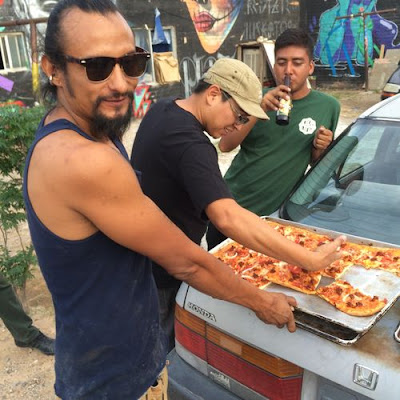 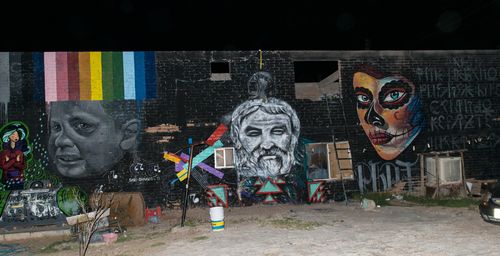 Screen capture
of Yorch painting a mural
from his website 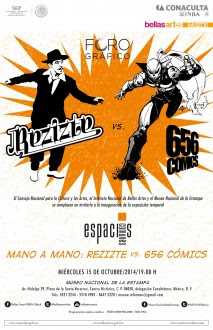 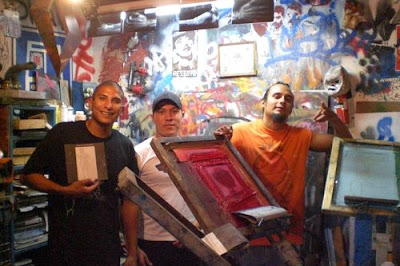 Yorch and friends
at his silkscreening shop
many years ago 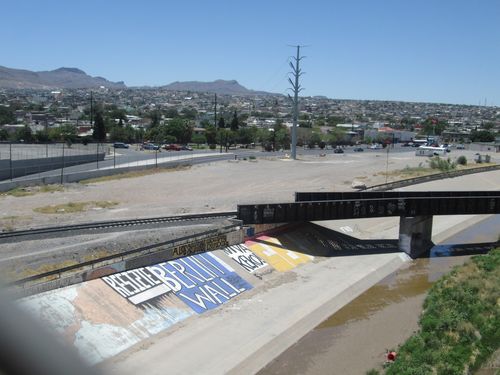 "Rezizte" Berlin Wall graffiti (by black bridge)
on the Mexican banks of the Rio Grande River,
as seen while crossing the Santa Fe pedestrian bridge
from El Paso, Texas 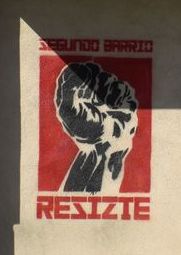 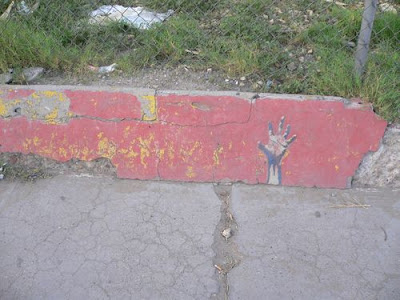 Graffiti in Juarez
by someone from the Rezizte Colectivo
(I believe)

Update (May 2018):  Yorch painted the banks of the Rio Grande, near the Santa Fe bridge, between El Paso and Ciudad Juarez. 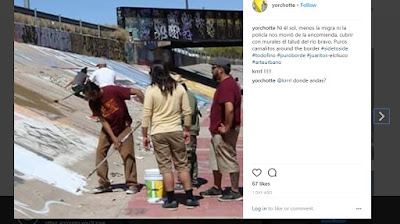 Painting the banks of the Rio Grande

Yorch opens the Rezizte Panaderia in Juarez (December 2019), and continues pushing art from there.